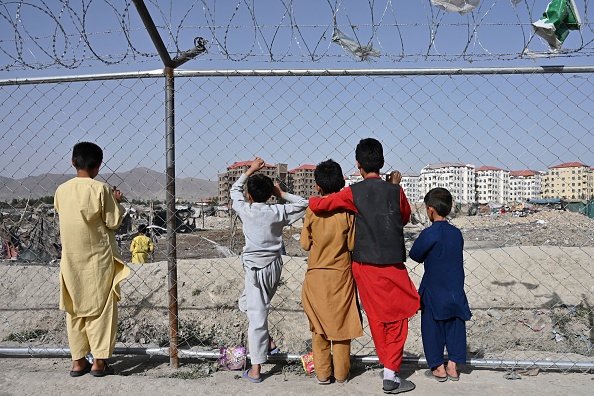 The United States (US) withdrawal from Afghanistan has prompted a lively debate over what should follow when the last foreign troops leave Afghan soil. Some experts, such as Lise Howard and Charli Carpenter, have vocally called for a large, multinational United Nations (UN) peacekeeping presence in Afghanistan that would oversee the Taliban’s commitments, facilitate humanitarian aid, and protect civilians. One US military official similarly concluded that a UN peacekeeping mission would support an intra-Afghan peace settlement and build longer-term stability following US withdrawal. In contrast, Paul Williams and others have pointed to the many downsides of UN peacekeeping in Afghanistan, including the absence of consensus within the UN Security Council, the lack of a peace agreement to implement, and the high risks to peacekeepers. In what can only be considered a significant understatement, Williams concludes, “the Afghan political context isn’t suitable for UN peacekeepers.”

While these arguments offer insights into the potential (risks) of peacekeeping, I believe they start with the wrong question. The initial question isn’t “should the UN deploy peacekeepers?” but “what are the risks posed by the situation in Afghanistan?” Rather than start with the supply side (what the UN can offer) it should start with the demand side (what does Afghanistan need). Here, every effort should be made to let the Afghan people set the agenda.

What are the risks in Afghanistan?

To understand what kind of international intervention might work in Afghanistan, the first step should be an analysis of the risks. Here, frankly, Western pundits have proven poor sources of accurate answers. Especially in the US, there is a worrying lack of bipartisan discussion on the issue of the Taliban (see Ezra Klein on this). Instead, the war on terror has meant that the Taliban has been treated monolithically as a terrorist threat, rather than as a political group playing many roles in Afghanistan. In some parts of the country, the Taliban is very popular, and it has grown its own legitimacy by feeding off anti-US sentiment and a deeply corrupt Afghan government over the past twenty years. As Shadi Hamid has pointed out, the West treated the Taliban as an enemy to be overcome rather than part of the political landscape of Afghanistan. Afghans involved in the US occupation have similarly written of the “cultural illiteracy” of the Western approach to the country.

While recognizing the harsh, violent, and undemocratic nature of the Taliban, our collective analysis of the risks in Afghanistan should also account for its governance role in the country. Like it or not, the Taliban is the government now, and it may well prove to be more efficient–and potentially more stabilizing–than the foreign-backed governments of the past 20 years. In fact, if one prerequisite for a UN peacekeeping mission is a threat to international peace and security, a threat of large-scale conflict may have actually decreased over the past few weeks as no group is likely to directly challenge Taliban rule over Afghanistan. This does not mean we should ignore the staggering risks to Afghan civilians, the drastic loss of basic rights for women, and the potential for a resurgence of terrorism. But we should not flatly equate Taliban control with instability, as many Western pundits tend to do.

If there is an emerging threat from Afghanistan, it is more likely to be the ripple effect into Pakistan and beyond. As Jane Perlez has pointed out, the security services in Pakistan see the Taliban takeover as a strategic win for themselves, giving them far more influence over the region. In turn, an ascendent Pakistan has raised concerns in India that the region could become a safe(r) haven for terrorists. Preventing a clash between two nuclear powers is certainly something that should concern the UN, but what that means for its engagement in Afghanistan is a tougher question.

Within Afghanistan, twenty years of Western engagement offers a helpful starting point: We now have relationships with hundreds of civil society organizations, women’s groups, human rights advocates, and political actors. Afghan-based organizations should be a crucial source for our understanding of the risks facing the Afghan people, and ultimately what the international response should look like. Unfortunately, many of these groups and individuals have fled the country, are in hiding, or are actively looking to escape potential reprisals by the Taliban. If there is a single issue the UN should be considering now, it is how to safely incorporate Afghan civil society and advocacy groups into the discussion of future engagements.

Beyond the binary of peacekeeping

A risk-based starting point moves us beyond the binary question of whether we should deploy peacekeeping troops in Afghanistan. Instead, it suggests a broader range of potential options.  For example, what UN engagement would best address the rising threat of regional tensions between India and Pakistan? Perhaps a newly mandated regional envoy tasked with bringing together the major powers around a common approach to violent extremism in Afghanistan and beyond could help. Domestically, what kind of structure would best engage with Afghan civil society groups in a way that also recognizes the Taliban’s control of government and the group’s desire for international legitimacy? As the new political mission in Sudan illustrates, a mission with a peacebuilding focus that helps harness international aid and works toward an end of a country’s pariah status could be an option. Other options that don’t have the UN in the lead should also be considered. Certainly, the UN’s fraught experiences in Mali and Somalia would suggest that peacekeeping is at best an incomplete counter-terrorism tool.

Within the UN, the talk is often of “toolboxes” and “instruments,” and the approach often is to start with the tools and then try to apply them to a given situation, in the same way a specialist doctor might be more inclined to diagnose a problem through the lens of their given field. When I first joined the UN fifteen years ago, the conversation was whether or not to deploy peacekeeping troops in Darfur. We saw a conflict, and offered the solution we had—peacekeeping. We did not start with the question of what the Darfuri people wanted, nor did we understand how a larger range of options might achieve the broader goal of regional stability.

I have since participated in mission planning processes for Libya, South Sudan, Sudan, and the Democratic Republic of the Congo. Across all of them, well-intentioned UN colleagues tend to start with what the UN has to offer—of course acknowledging the need for “local ownership” and “people-centered approaches” as a kind of given. But again and again, the question—and thus the answer—is limited to what to offer in the realm of peacekeeping, rather than looking at what the situation demands.

In closing, then, I offer some questions for those considering what is next for Afghanistan:

Notably absent from these questions is whether the UN should deploy armed peacekeepers to Afghanistan. In my view, that question depends on us first finding a way for the Afghan people (including its government) to answer for themselves.

Adam Day is the Director of Programmes at the Centre for Policy Research at United Nations University. He tweets @AdamDayNYC.