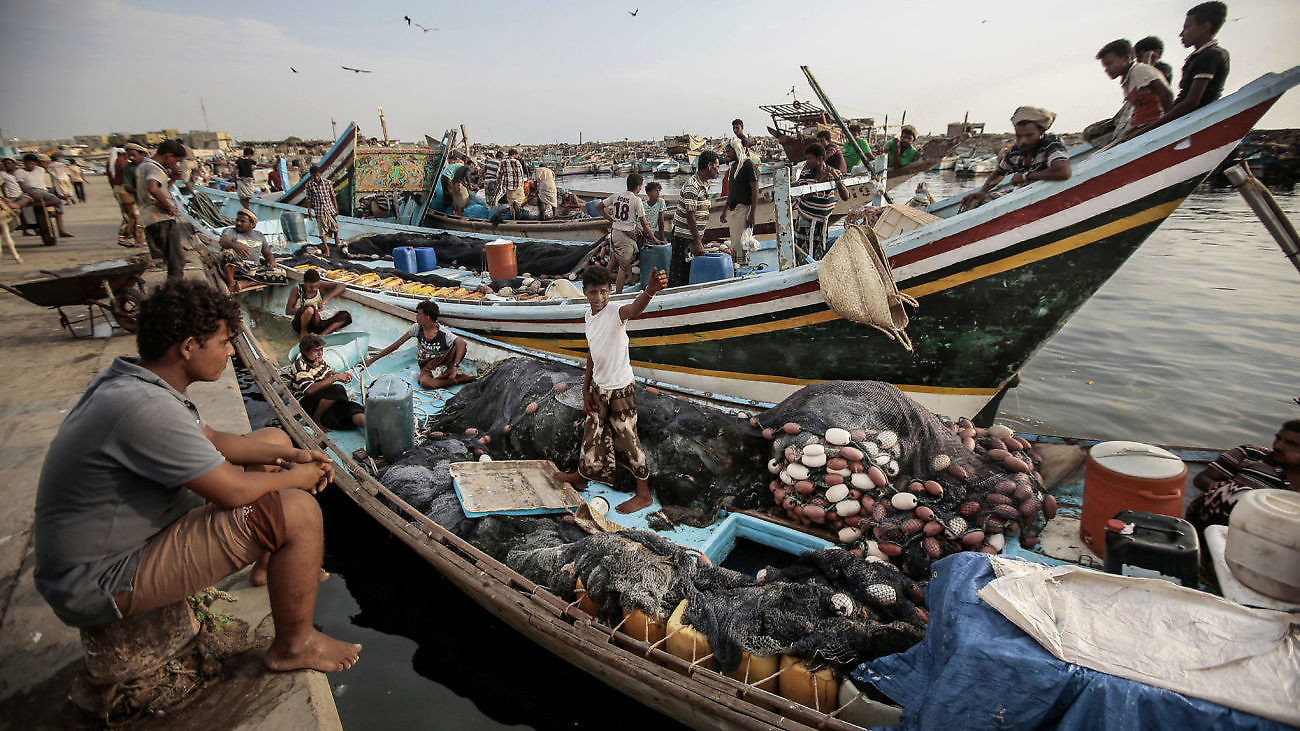 Preventing conflict, violence, and fragility requires an integrated international response from governments, civil society, the private sector, and multilateral institutions and think tanks. An increasing number of these institutions—including the United Nations—have begun to recognize this reality, calling for new and innovative strategies, frameworks, programs, and funding mechanisms, with a particular focus on fragile states.

Today, nearly half of the 836 million people who live in extreme poverty are in fragile contexts. A 2018 report by the Organisation for Economic Co-operation and Development (OECD) estimates that will rise to 80 percent by 2030. To meet the demands of this large a population, investment in prevention must be deepened in order to move beyond largely reactive crisis support. This is especially if we hope to make good on the 2030 Agenda’s pledge to “leave no on behind.” Not only will shifts in approach reduce conflict, diminish violent extremism, address fragility, and provide greater assurance that less people are left behind, there will also be significant cost benefits. Recent research conducted by the World Bank found that, even using the most conservative estimates, effective prevention saves between $5–70 billion per year. One of the most pressing questions is whether the necessary architecture is in place to prioritize prevention.

A closer look at the level and focus of the aid being channeled to fragile states  illustrates a major obstacle to prioritizing prevention.

The OECD-Development Assistance Committee (DAC) includes the 30 largest bilateral donors which together provide more than $47.3 billion in Official Development Assistance (ODA) in fragile contexts. The United States alone spent $13.6 billion of foreign development assistance in such settings last year, which represents almost 40 percent of its total aid spent. While more of this funding should be invested in long-term prevention efforts, only 2 percent of total gross ODA is going towards conflict prevention, and just 10 percent is for peacebuilding. Why?

One reason is that donors are under increased pressure to finance stop-gap emergency measures, such as funding to refugees inside their borders or humanitarian aid (these activities combined to make up around 20 percent of all ODA last year, and humanitarian aid alone increased 144 percent between 2009–2016). The reality is that, in 2016, more countries were experiencing violent conflict than at any time in nearly thirty years. Also, the number of people displaced globally has reached over 65 million; almost double that of twenty years ago. Funding for humanitarian action is being outstripped by growing needs, and close to 90 percent of humanitarian aid—which is by definition meant to be short-term—is now flowing to protracted crises.

Simply calling for more investment in prevention that promotes economic and social development, addresses conditions of fragility, and reduces the need for costly humanitarian and security responses is unlikely to change the current reality where the short-term crisis response is prioritized. These calls need to be complemented by the development of a more coherent and coordinated approach across humanitarian, development, and peacebuilding stakeholders that incentivizes and supports more investments in prevention.

A New Approach That Prioritizes Prevention

The call for prevention, eloquently set out in the joint UN-World Bank report Pathways for Peace and backed up by OECD data and analysis, resonates with donors, including the OECD DAC members. But there is no silver bullet for delivering on this global imperative—instead it will take a combination of factors.

The first is determining what investments in peace are delivering results, and how these can be scaled up and lessons applied from one fragile setting to another. For this, we need to analyze the 2 percent of ODA that is spent on prevention, look at where this has been effective, and scale-up and/or replicate those programs, where appropriate.

The second factor is to look at how to turn early warnings into early and effective action to prevent crises before they take hold, or at least to limit their impact on the most vulnerable. Early warnings exist for many of today’s crises. Grassroots and other local actors often know when conflict situations are escalating, and early warning analyses—for example by the International Crisis Group—provide excellent information on escalating risk areas.

But these early warnings do not always lead to action, and when they do, the crisis is usually already in an advanced phase and the international community can only prepare its response, rather than actually prevent the conflict. In the months leading up to the genocide in Rwanda, for example, Major General Roméo Dallaire repeatedly warned the UN Security Council something catastrophic was brewing. But he was unable to convince the international community to do more to stop those tragic events.

The third is to take a “whole of crisis” approach to fragility. This means prioritizing prevention always, delivering development wherever possible, and complementing this all with humanitarian action when necessary—in other words, the “triple nexus.” This will require a much more coherent effort among political, security, development, humanitarian and peace actors—recognizing that the challenges in fragile contexts are too big and too complex for one set of actors to tackle alone.

In practice, this would mean that one set of actors might work on economic stability, others use their diplomatic voice to deal with the political drivers of conflict, a different group keeps people alive and provide hope for their future, while others deal with the security aspects that undermine peace and development efforts. However, achieving greater coherence—whether at the UN or World Bank, in donor capitals, or in the field, where it matters most—with all actors delivering actions that can help prevent crises, each according to their own mandates and based on their individual comparative advantages, but relying on shared analysis and joined-up strategic and programmatic planning, has proved elusive until now.

The OECD DAC, however, has taken steps to enable more coordination, agreeing on a recommendation for the “triple nexus” of development, humanitarian, and peace actions last month. Implementing this recommendation, with the leverage from the $47.3 billion that DAC donors collectively invest in fragile contexts, is an important step towards the “whole of crisis” approach. In fact, the US Agency for International Development’s (USAID) new bureau for conflict prevention and stabilization is one example of a DAC member taking steps to prevent conflict, address fragility, and respond to crises in a more strategic way.

This “whole of crisis” or triple nexus approach cannot be delivered by one institution or set of governments alone. It requires the buy-in and collective efforts of a wide range of stakeholders, especially the UN system and NGOs who collectively deliver 89 percent of humanitarian assistance in crisis settings, countries outside existing networks like the DAC who often have an important political voice and useful investments in fragile contexts, and the multilateral development banks who are increasing their engagement in fragile contexts and have a clear role to play including in supporting economic stability. UN resident coordinators also have a key leadership role to play as part of their new responsibilities under the UN Development Reform—after all, fragile countries and donor nations are all UN member states.

Policymakers and practitioners have increasingly recognized the need to focus more attention on prevention—addressing the root causes of conflict, violence, and fragility rather than simply reacting to them. Unfortunately, for too long the rhetoric calling for this shift in focus has outpaced the practical realities that include long-standing bureaucratic, programmatic and funding silos within donor governments and multilateral institutions and among development, humanitarian, and peace and security actors.

Innovations such as the OECD recommendation on the “triple nexus,” if implemented by a wide a range of stakeholders, can help help break down these silos and ensure the right financing, programming and leadership is in the right place at the right time to prevent conflicts, crises, and violence. Doing so, however, requires long-term, coordinated planning among this diversity of actors and political leaders’ sustained adherence to Benjamin Franklin’s axiom that “an ounce of prevention is worth a pound of cure.”

Jorge Moreira da Silva is the Development Co-operation Director at the OECD. He tweets @jmoreiradasilva. Eric Rosand is Director of the Prevention Project and Non-Resident Senior Fellow at the Brookings Institution. He tweets @RosandEric.