Attendees of the Somali Women's Convention in Mogadishu in March. (Ministry of Women and Human Rights Development of Somalia)

Somalia is at a crossroads in the promotion and protection of women’s rights. The Provisional Constitution, agreed upon in 2012, is currently being revised. In 2020, Somalis are to adopt their new constitution through a public vote. In 2020–21, they will participate in the first one-person one-vote elections in the country in decades, and new electoral laws to govern these and future polls are starting to be drafted.

These processes could make 2020, the year of the twentieth anniversary of United Nations Security Council resolution 1325, a turning point for women in Somalia. Women and girls in Somalia have faced enormous burdens throughout the country’s history of civil war. Conflict and displacement caused by drought and floods have aggravated high levels of sexual and gender-based violence. This violence destroys women’s lives, the health and welfare of households, the cohesion of communities, and trust in the state. Estimated to affect 98 percent of Somali women and girls, female genital mutilation (FGM) further undermines their health and access to education.

Despite these and other burdens, women have played active roles in sustaining communities in Somalia. During conflict, women became breadwinners for most families. They now head about half of all households, a percentage that continues to increase. Women’s organizations have made, and continue to make, key contributions to the delivery of essential services, including healthcare and education. Women have also played important roles in building peace, using their positions within clans, communities, and the home to foster dialogue and reconciliation between conflicting groups. 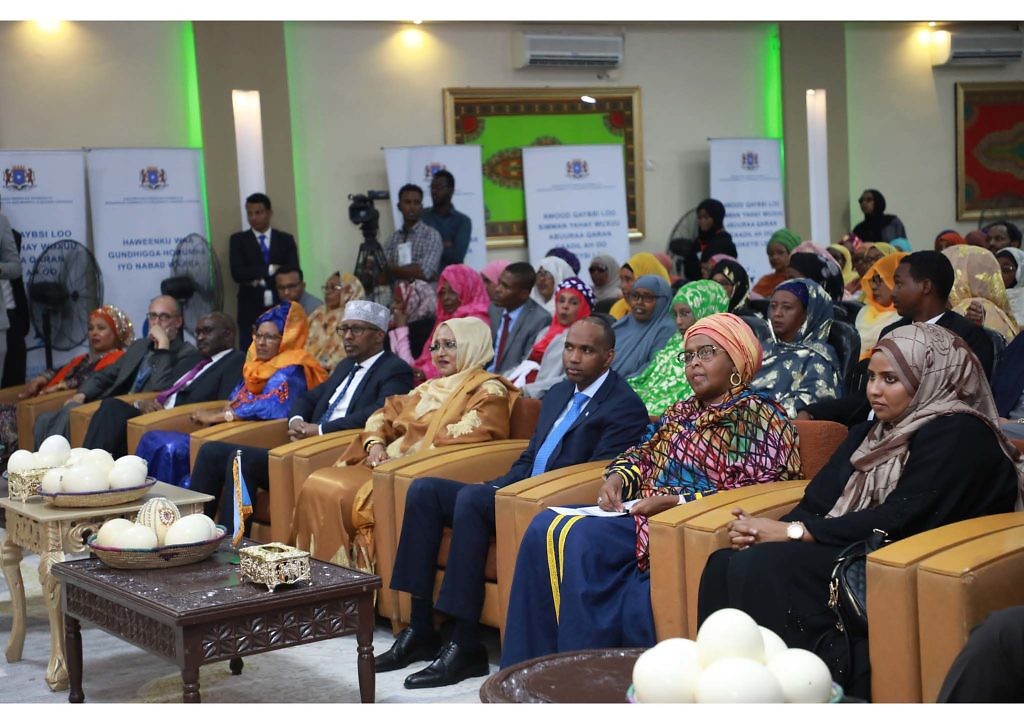 The revision of Somalia’s constitution and electoral laws provides a unique window of opportunity to enable responses to the challenges faced by women and girls, empowering them to fully contribute to efforts to build sustainable peace and development. By securing progressive constitutional gender equality provisions, a critical foundation could be laid for efforts to advance women’s rights throughout Somalia’s state-building process. By amending electoral and political party laws to fully promote gender equality, women’s meaningful participation can be enshrined in the foundations of the political system.

If the opportunity to secure such measures is not seized, existing achievements will most likely be lost. In 2016, women obtained 24 percent of seats in parliament, up from 12 percent in previous elections. However, this was a result of a political commitment at the time, rather than binding, enduring legal provisions. The Provisional Constitution of 2012 does provide that “Women must be included, in an effective way, in all national institution.” What constitutes “an effective way,” however, remains open to interpretation.

The question, then, is how can these opportunities be seized? The first step is for women to come together to develop joint demands for their rights in the constitution, the electoral laws, and beyond.

This was the rationale behind the Somali Women’s Convention, which took place over three days in Mogadishu in March. Some 350 women and gender champions from across Somalia and the diaspora convened to develop a shared agenda for women’s rights: “The Somali Women’s Charter.” This meeting and the resultant charter serve as a strong starting point for change.

Published today, the charter affirms that Somali women are “equal partners working for peace and political processes, leading us towards security, stability and sustainable development for all” and calls “for the Constitution of the Federal Republic of Somalia to enshrine the unconditional commitment to gender equality, human rights and empowerment of women.” Specific demands include special representation of women in all public institutions through a 50 percent quota, zero tolerance for gender-based violence and passage of pending legislation on sexual offenses, the promotion and protection of women’s socio-economic rights, and other steps to advance gender equality and women’s empowerment.

At the end of the Women’s Convention, Prime Minister Hassan Ali Khayre expressed his commitment to “fully implement” the charter. He also affirmed his government’s “tremendous gratitude and respect for Somali women. We know the immense sacrifices you made to hold our nation together in the most difficult of times…You have always been and continue to be the backbone of this nation.”

The Women’s Charter and its acceptance by the government is a milestone for women’s rights in Somalia. However, to make the charter a reality, a change in work on women’s rights is needed. This will involve a number of difficult tasks.

Where Do We Go From Here?

First, there must be increased investment in women’s rights in Somalia. Available financial resources do not currently match the scale of the challenges involved. In fact, an analysis of aid flows conducted by the Ministry of Planning, with support from the World Bank and the United Nations, suggests that humanitarian and development aid dedicated to gender equality and human rights has declined significantly in the past three years. Without a serious effort to address these gaps, the ambitious demands of the Women’s Charter cannot be realized.

Second, there must be increased coordination of efforts to support women’s rights. A multiplicity of local and international stakeholders are involved in Somalia’s constitutional review and electoral process, and other efforts to promote sustainable peace and development. To realize the Women’s Charter, it must be used as a guide for engagement. This will help ensure all efforts to promote inclusive politics and constitution-making pull in the same direction, and are therefore effective.

Third, the work to promote the charter should be tailored to the specific context of Somalia. If approached inappropriately, women’s rights can be a sensitive topic among certain members of Somali society. To avoid backlash, those promoting the Women’s Charter have to trust the leadership and expertise of local actors in guiding their engagement.

Perhaps our greatest challenge, however, is that we can only realize the Women’s Charter if we act now. The constitutional review and development of electoral laws are windows of opportunity, but these windows will close.

H.E. Deqa Yasin Hagi Yusuf serves as the Minister of Women and Human Rights Development of the Federal Government of Somalia.