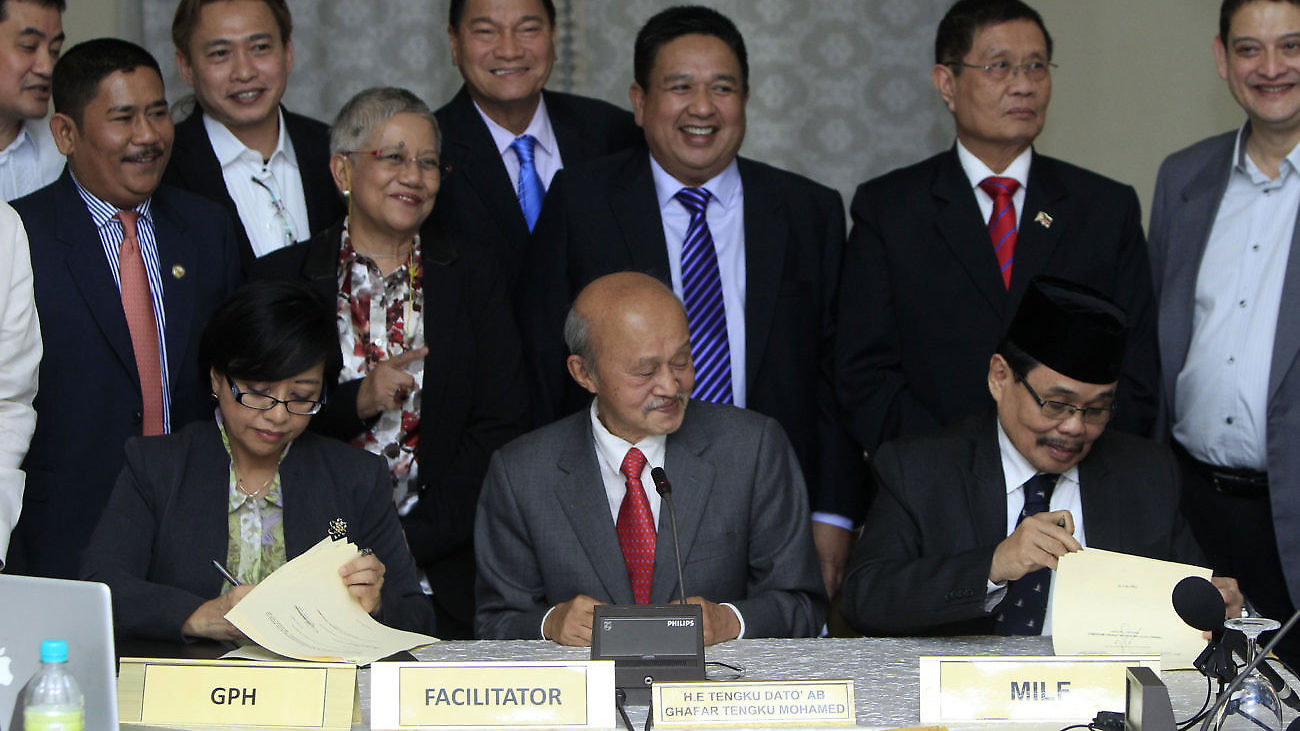 Armed conflict has been consistently recognized by development actors, including the United Nations and the World Bank, as one of the biggest obstacles to achieving the Sustainable Development Goals (SDGs). In 2018, only 18 percent of fragile and conflict-affected states were “on track” to meet the most basic SDGs, and it is estimated that more than half of the people living in poverty will be found in countries affected by high levels of violence by 2030.

It is for this reason that development agencies and UN member states are allocating a growing share of their assistance to fragile and conflict contexts. For example, the United Kingdom has decided to allocate at least half of its foreign aid to such contexts, and the World Bank has committed to doubling its funding for fragile, conflict, and violence-affected countries.

While development actors are renewing their strategies for fragile and conflict situations— including operationalizing the humanitarian-peace-development nexus and improving operational flexibility—one crucial dimension of armed conflict has not been adequately addressed: the existence of non-state armed groups (NSAGs) and how to deal with them.

This is surprising, as NSAGs—whether they have national objectives like the Taliban in Afghanistan, or local ones like the Coalition of Azawad Movements (CMA) in Mali[1]—are a constant feature of world politics and one of the main reasons why a given country is affected by conflict and fragility in the first place.

The Benefit of Engaging NSAGs

It is important to recognize that it can be politically and ethically challenging for actors to engage with NSAGs. Nonetheless, in order to meet the UN and World Bank’s commitment to “leave no one behind,” working with NSAGs in many contexts is hard to avoid. For example, in many contexts NSAGs control the territory where development actors need to access populations, usually the most marginalized of all. Leaving behind such populations will make it impossible to achieve the World Bank’s goal and SDG Goal 1 of ending extreme poverty.

While challenging, development actors’ engagement with NSAGs can persuade them to actively take care of the population under their control, laying the bases of de-radicalization of the groups. Moderation and compromise often result from engagement, as it provides the first socialization step by familiarizing the NSAG with the norms and behaviors expected from armed actors in the international system.

In addition, engagement could improve the NSAGs’ perception of aid, which they have increasingly targeted for being seen as overly state-centric and biased against them. Communication with NSAGs is needed to demonstrate that development aid and service provision, even though managed by the central state, is intended to improve the welfare of the entire population. Engagement may also reduce NSAGs’ predatory behavior.

The decision to engage a NSAG should be based on three criteria. The primary concern is the potential consequences of engagement for the civilian population. For example, engagement that rewards violence or makes communities under the control of NSAGs worse-off should be avoided.

Second, development actors should privilege engagement with NSAGs that have already established parallel governance systems. Examples of this include Afghanistan, Philippines, Colombia, Syria, and Sri Lanka, where parallel governance systems have managed finance, health, education, justice, and taxation. In these governance examples, NSAGs were intent on looking after the population under their control, which can be useful for development actors who are working to provide services to the population in NSAG’s controlled regions. In addition, these NSAGs often have more organized structures and clearer leadership, making engagement easier and more impactful.

Third, NSAGs with a legitimacy-seeking agenda are often more open to implement development programs because they are looking to get local, national, and international recognition as a viable political authority. Their support and reciprocal ties with the local population make them more responsive to the needs of the population and therefore a reliable actor to engage with for development assistance.

The task of distinguishing NSAGs according to these criteria requires in-depth analysis of the groups, which is increasingly more difficult given the growing number of NSAGs in today’s conflicts. There is opportunity to engage with NSAGs that do not meet the two last criteria; however, it will be challenging to have a sustained relationship with groups that are divided and little supported by the local population.

Governments often reject engagement with NSAGs because they are seen as a challenge to the state’s legitimacy and something to be dealt with internally. While studies indicate that communication with NSAGs does not legitimize or endorse their position, engagement can still upset the formal government. Communicating to governments that engaging with NSAGs on development is beneficial for lowering grievances and bringing security will help avoid knee-jerk reactions. When defining their relationship with governments, emphasizing their primary mandate for “inclusive development” will go far in allowing development actors to engage with NSAGs.

Unfortunately, development actors in the Philippines did not try to discuss the option of engaging with the New People’s Army (NPA), the other important NSAG in the country. Instead, they mostly worked with the government and implemented projects in the NPA-controlled areas, without engaging the group. As a result, development aid was less effective in the NPA-controlled areas and more likely to fuel violence, as the NPA perceived it as counter-insurgency in disguise.

Today’s practice of development assistance and its inherent relationship with states complicates NSAGs engagement. Development actors have a long tradition of working closely with formal governments, developing their tools and framework in accordance to states’ needs, and therefore lack the experience and practice of engaging with NSAGs. Instead, the focus has been on promoting an idealized state, neglecting the messy politics and trade-offs that situations of fragility and armed conflict often entail.

While it remains crucial for development actors to work closely with the state, they need to maintain a certain level of impartiality to be able to engage with other actors, such as opposition groups and NSAGs. Development actors working with the state to “stabilize” the country are too biased to fruitfully engage with NSAGs. Evidence from the Philippines, Iraq, Colombia, and Afghanistan indicates that development aid aiming to “pacify” conflict-affected areas, without engagement with NSAGs, has instead increased violence. Together with the proliferation of terrorist lists, the ongoing push by most member states to make the UN work in the field of counter-terrorism is worrying for the impartiality of development actors and their efforts in conflict-affected contexts.

Development actors working in conflict situations need to develop new tools and push the limits of their comfort zone. In terms of negotiations, development actors should elaborate guidelines on when and how to engage with NSAGs, building on existing studies on humanitarian engagement.

There is also the need to develop innovative financial mechanisms more specially geared toward providing assistance to population under NSAGs control. This could be a specific trust fund—outside the normal financial protocol that lends support for government—aimed at NSAGs or other non-state groups to help provide assistance to the population under their control.

In addition to providing more flexibility, a separate financing mechanism will address the government’s concern that their normal funding allocation might be used for rival groups. While the idea to finance NSAGs sounds controversial, it is being considered as a measure to make the groups more respectful of ceasefires and to encourage them to invest in peaceful activities, such as the consolidation of civilian governance structures or the creation of a political party.

There is no simple answer to improve development aid in complex and volatile situations of armed conflict. But it is worth considering all options, including a closer engagement with NSAGs, which often are pragmatic actors. While there is growing awareness of the need to have broader engagement with local actors, discussing engagement with NSAGs remains taboo among development actors. With increasing donors’ attention to situations of armed conflict and fragility, this issue needs to be openly discussed.

Colin Walch is an assistant professor at the Department of Peace and Conflict Research, Uppsala University and is currently a post-doctoral researcher at the University of California, Berkeley. This article is based on an on-going research project exploring ways to better engage NSAGs for humanitarian and development efforts.

[1] NSAGs encompass a large range of actors with varying motivations, membership, levels of organization, resources, and reach. The label is slightly misleading since some groups operate in relationship with the state, such as paramilitaries, or on behalf of political elites (Hofman and Schenecker, 2011).  Yet, most groups in this label include traditionally organized rebel groups fighting the state for territory or political representation that challenge the state’s monopoly of the use of force. It also includes “proscribed armed groups”—groups for which most forms of engagement are explicitly prohibited under various national or international legal regimes, such as groups labelled terrorists (Dudouet, 2011).