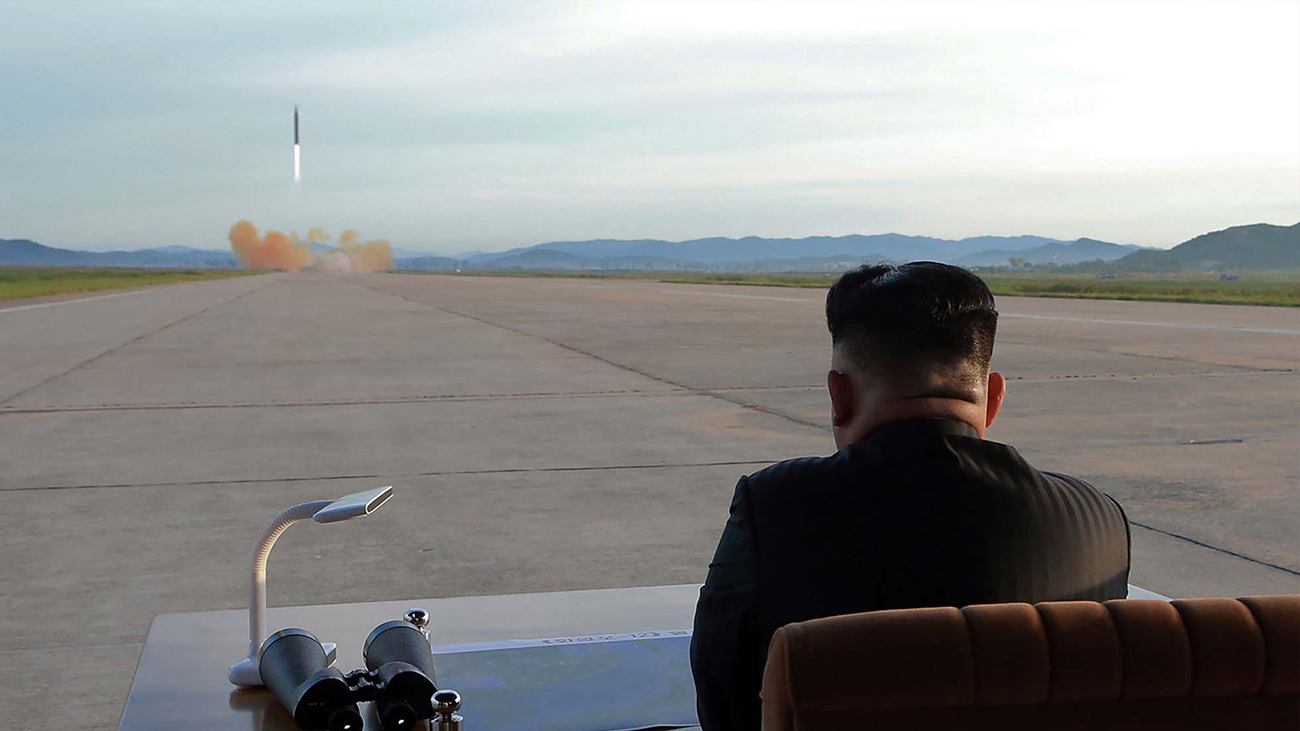 US President Donald Trump’s zealous stance on Iran’s compliance with the Joint Comprehensive Plan of Action (JCPOA) exemplifies why evaluating the effectiveness of United Nations sanctions should never be separated from an evaluation of the political ecosystem to which they are added. Similar to the Iran sanctions, the restrictions on North Korea (DPRK) by the UN are increasingly sidelined in favor of national policy prerogatives, but also by President Trump’s and leader Kim Jong-un’s increasing economic, military, and intelligence blustering. The difference is that the coercive powers of UN-sanctions-supported multilateral diplomacy have yielded the denuclearization of Iran’s military capacities. But the intensifying sanctions and belligerence against North Korea without the moderating influence of multilateral diplomacy only accelerates Koreans’ worst fears. “Trump has set the US on the path to World War III,” warned US-Senator Bob Corker, confirming—perhaps inadvertently—the potential consequences that Pyongyang’s leadership would risk if they were to abandon their nuclear ambitions.

It is tempting to blame the disjointed application of UN sanctions entirely on Donald Trump. North Korea sanctions have been spiraling towards irrelevance far longer than the US president’s rants. The true long-term impact on the political will that underpins effective sanctions implementation are the mounting complexities and hostilities presented by the four principal influencers of the Korean peninsula: Japan, China, Russia, and the US. None of these foreign powers seem to take into account the sentiments of Koreans on both sides of the demilitarized zone. Citizens in both countries tend to share anxieties over foreign interventions on their peninsula with at least as much urgency as a potential nuclear confrontation involving the North and South.

South Koreans, for example, demonstrate as frequently against US belligerence against the North as they protest Kim Jong-un’s threats and the rising risks of a nuclear Armageddon. For the most part, South Koreans would prefer to handle their differences with the North peacefully and on their own, perhaps applying multilateral sanctions to further any negotiations. But the South is now locked in an alliance with the US and Japan, and even the pacific government of newly-elected President Moon Jae-In cannot forego US security guarantees or its military presence, which includes the deployment of the controversial Terminal High Altitude Area Defense (THADD), Patriot, and other anti-missile defense systems. The conflicted sentiment is expressed in a recent column by Park Min-Hee, the international editor of the Hankyoreh, titled: “Where does South Korea’s obligation to the US end?”

These contradicting recent forces are building on a heavy historic legacy that still dominates many Koreans’ perception of their allies. They start with the memories of many elderly Korean women, from the South and North, who were abused as “comfort women” by soldiers of the Imperial Army during the atrocious Japanese occupation between 1910 and 1945. Both South and North Koreans also remember the often gratuitous, disproportionate, and merciless violence during their civil war. Bombings by the US Air Force targeted, in the words of former US Secretary of State Dean Rusk, “everything that moved in North Korea, every brick standing on top of another.” The past one hundred years of such scares is an important driver towards juche (Korean for “self-reliance”) as the center of North Korea’s national security policy, hence the development of nuclear capabilities.

Despite historic justifications that could serve apologists of the juche ideology, the DPRK’s proliferation program is a violation of international law. UN sanctions are without any question the appropriate response that the Security Council must apply. Self-evident as these facts are, UN sanctions that delink non-compliance with international obligations from North Korea’s existential fears for its national security do not offer a credible path back to peace and security. That, however, should be the objective for the UN. Instead, the UN has gone along with the US, who is both the penholder of the sanctions regime as well as the long-term nemesis of the North Korean leadership—hardly a promising approach to resolve a crisis.

After all, the UN sanctions stand on decades of already existing US sanctions that followed the Korean War, which did not end with an actual peace agreement but merely with an armistice. Sanctions applied when the state of war is not technically removed have been called economic warfare—a distinctly different approach to statecraft than what the UN’s coercive but peaceful conflict resolution mechanism is intended to be.

No surprise therefore that many states practice a determined ambiguity towards the prosecution of North Korea by the US through the UN sanctions system: they profess compliance and turn a blind eye to sanctions busting. While China and Russia have mastered the art of circumlocution, not all their actions are based on principled disagreements over the proper use of UN sanctions. Sanctions busting has become a lucrative business for their companies who trade illegally in coal, minerals, and petroleum products, as well as by engaging indentured North Korean workers. Despite agreeing that the DPRK’s recent nuclear and ballistic missile test firings are a “provocation,” Russian President Vladimir Putin reasoned during a BRICS summit that North Koreans would “rather eat grass than abandon their [nuclear weapons] programme unless they feel secure. And what can establish security? The restoration of international law. We should promote dialogue among all interested parties.”

The diminished credibility of UN sanctions, particularly in the DPRK situation, is explained by the fundamental transgression of what Article 41 of the UN Charter allows. In The Evolution of UN Sanctions: From a Tool of Warfare to a Tool of Peace, Security and Human Rights to be published late November this year, we explain how too often policy makers comingle the peaceful application of the measures authorized under Article 41 with other non-UN measures and the use of force that is permissible only under Article 42. When reviewing all sanctions regimes the UN has ever adopted, we at Compliance and Capacity Skills International (CCSI) found that the results of such undisciplined sanctions practices are heavy losses of life, peace, and security, as well as confusion among decision makers, weak political will to support and comply with sanctions, and, inevitably, very poor effectiveness in reaching the originally stated policy objective for which the sanctions were applied in the first place.

Enrico Carisch is a partner at Compliance and Capacity Skills International, L.L.C.