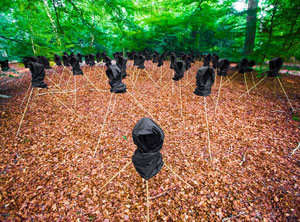 On July 26, a group of heavily armed assailants attacked Kolofata, a Cameroonian town located near the country’s shared border with Nigeria. While there have been no immediate claims of responsibility for the attack, in which three people were killed and the wife of Cameroon’s deputy prime minister was kidnapped, the incursion conformed to the modus operandi typically employed by the Boko Haram Islamist extremist sect.

The Kolofata incident was by no means the first attack in Cameroon to be attributed to Boko Haram. Indeed, over the past 18 months, the sect has conducted a number of armed incursions in the country’s Extreme-Nord administrative division, which shares a long and porous border with Nigeria’s insurgent-embattled Adamawa and Borno states.

Historically, Boko Haram’s Cameroon-based operations were generally limited to sophisticated kidnappings targeting foreign nationals residing and/or travelling in areas near the Nigerian border. In the first such incident in February 2013, the sect claimed responsibility for the kidnapping of a French family which was seized from the border town of Dabanga. In November 2013, Boko Haram conducted its second kidnapping in the country, when suspected sect members abducted French priest Georges Vandenbeusch from the nearby town of Koza. Similarly, the sect was also believed to be responsible for the abductions of two Italian priests and a Canadian nun from the regional capital, Maroua, in April of this year. Most recently, Boko Haram was linked to the May 2014 abduction of several Chinese nationals from a Chinese-owned oil exploration facility in the Extreme-Nord settlement of Waza. In all of the aforementioned cases, where hostages were released, it is believed that a ransom payment was made and/or that Boko Haram detainees were released to the sect.

However, while evidently not the first Boko Haram attack in Cameroon, the Kolofata incursion was still unprecedented. The incident marked the first suspected Boko Haram attack to target persons directly aligned with the administration of Cameroonian President Paul Biya, amid reports that the actual target of the incursion was Deputy Prime Minister Amadou Ali.  Moreover, the attack came mere days after alleged Boko Haram militants initially launched pre-meditated and fatal attacks on Cameroonian security installations within the Extreme-Nord settlements of Zina and Bonderi. Although skirmishes between Cameroonian troops and suspected Boko Haram militants have occurred on a number of occasions, previous incidents were more a result of the opposing forces running into each other than any deliberate action undertaken by either Boko Haram or the Cameroonian military.

What could explain this discernible shift in Boko Haram’s operations within Cameroon? Moreover, how is this strategic shift likely to affect northern Cameroon’s security outlook in the short- to medium term?

With regard to the former, it should be noted that Boko Haram’s change in focus within Cameroon may be explained by new geopolitical developments within the region. Until recently, the sect enjoyed unfettered access to Cameroonian territory and may have established a presence extending from Lake Chad to the foothills of the Mandara mountain range. Boko Haram has not only utilized these areas as a safe haven to escape Nigerian counter-insurgency operations, but as an operational platform to recruit, train, and conduct kidnappings for the purposes of ransom and extortion, and even launch cross-border attacks into Nigerian territory. Indeed, the Nigerian government has  suggested that Boko Haram’s primary operational bases are currently located within Cameroon’s border area.

Despite this, suggestions that Boko Haram has established a presence within Cameroon were initially vehemently denounced by Biya, perhaps explaining his government’s inaction in responding to the sect. However, Biya’s stance and subsequent response to the Boko Haram issue changed, perhaps forcibly so, following the sect’s kidnapping of more than 200 girls from the town of Chibok in April 2014. Under heightened international and domestic pressure to address the Boko Haram insurgency, which was increasingly being framed as a regional issue rather than an inherently Nigerian problem, Biya and his Nigerian, Nigerien, and Chadian counterparts attended an emergency security summit hosted by French President François Hollande. The summit concluded with African leaders unequivocally declaring war against the sect and further committing to greater military and logistical cooperation in achieving this goal. On July 24, a mere 48 hours before the Kolofata attack, the governments of Nigeria, Cameroon, Chad, and Niger made true on their earlier pledges to uproot the sect, by signing an agreement which mandated the deployment of a 2,800-strong, multinational anti-Boko Haram military force.

It is evident that the shift in Boko Haram’s operational strategy in Cameroon directly correlates with the evolving response of Biya’s administration to the sect. It is also likely that the militant group’s hostile stance toward Cameroonian government and military interests will intensify as reciprocal counter-insurgency operations are launched against Boko Haram’s operational assets. If the sect has indeed established key operational bases within northern Cameroon, it can be asserted with little contention that Boko Haram will forcibly seek to protect these areas. As such, there remains the distinct possibility that the sect may look to, or already be in the process of, opening a second front in the country’s Extreme-Nord region. Although it is difficult to accurately assess the extent of the group’s capabilities outside of Nigeria, there is sufficient evidence to suggest that Boko Haram has the requisite resources, experience, and manpower to pose a significant threat to the Cameroonian government and its interests. However, the question remains whether an untested, and perhaps under-resourced, Cameroonian military possesses the requisite proficiency to successfully counteract the sophisticated and rapidly evolving Boko Haram contagion.