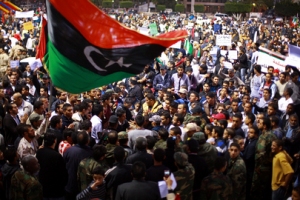 The international community’s failure to respond in a timely and decisive fashion to the crisis in Syria has been widely described as a failure of the Responsibility to Protect (RtoP). It is not hard to see why: the UN Security Council has fallen well short of adopting “timely and decisive” measures as approximately 120,000 people have been killed and close to nine million displaced. Syria thus stands as a test for RtoP that most commentators believe it has failed.

One of the principal explanations for this apparent failure is the political fallout from the NATO-led intervention in Libya.

According to Gareth Evans, one of RtoP’s progenitors, “Consensus [about RtoP] has simply evaporated in a welter of recrimination about how the NATO-led implementation of the Council’s Libya mandate…was actually carried out. We have to frankly recognize that there has been some infection of the whole RtoP concept by the perception, accurate or otherwise, that the civilian protection mandate granted by the Council was manifestly exceeded by that military operation.”

Has the “infection” of RtoP stymied the chances of consensus on Syria? Would the Security Council’s response to Syria have been different without Libya and RtoP? Despite the ubiquity of the association between Libya and Syria in public commentary, evidence of a clear link between the two cases is surprisingly thin.

First, Russian and Chinese explanations of their own (shifting) positions on Syria have not been consistent in emphasizing the legacy of Libya. In fact, China has yet to raise Libya in its formal comments on Syria addressed to the Security Council. The place of Libya in Russian thinking on Syria has been inconsistent at best. In explaining its first veto on a draft Syria resolution, in October 2011, Russia railed against NATO’s actions in Libya but added a series of other, pragmatic arguments to support its case. Five months later, Russia vetoed a second resolution on Syria but made no reference to Libya in explaining its position. Then, as the previously endorsed Annan-plan unraveled later in 2012, Russia cast a third veto and ramped up the rhetoric on Libya to new heights.

Second, several governments critical of the NATO-led action in Libya at times supported draft resolutions on Syria which were vetoed by Russia and China. This includes Brazil, India, and Pakistan. What is more, neither these governments nor South Africa voted against any of the draft resolutions. Nor did other non-permanent Council members from the Global South such as Nigeria, Togo, Morocco, Gabon, or Lebanon. Through all the Council’s deliberations on Syria, only South Africa joined Russia in mentioning concerns arising from Libya.

Had Libya been among the principal factors behind voting patterns on Syria, one would have expected to see more states identify the connection between the two cases and a higher degree of uniformity in voting across those member states that were critical of NATO’s actions in Libya. After all why would the Libya precedent matter more to Russia than India?

Third, the idea that consensus on RtoP has been damaged by the political fallout from Libya does not sit comfortably with the Council’s overall record since it authorized the use of force to protect civilians there in Resolution 1973 of March 2011. The Security Council has employed RtoP more often in the two years since the Libya intervention ended than in the more than five years between the 2005 World Summit, when UN member states endorsed RtoP, and the passing of Resolution 1973.

In the 65 months between the World Summit and the Security Council’s first resolution on Libya in February 2011, the Council referred to RtoP just four times and only twice in relation to country situations. Since Resolution 1973, the Council has notched up 10 resolutions mentioning RtoP in a period of 33 months, including resolutions on Côte d’Ivoire, South Sudan, and Yemen in 2011; on Mali in 2012; and on the Central African Republic in 2013. The Council also referred to RtoP in its 2011 presidential statement on preventive diplomacy and its 2013 statements on peace and security in Africa and on Syria.

There is therefore little evidence to support the view that Libya has made the Council less willing to incorporate RtoP into its messaging and practice or that it has made it more difficult than it would otherwise have been to find a consensus on Syria. Not only has the Council referred to RtoP in substantive resolutions much more frequently since Resolution 1973 than before it, the inclusion of RtoP language in Council resolutions has become much less controversial than it once was.

All of this suggests that the Council’s paralysis on Syria owes more to the politics surrounding this specific case than to more generalized concerns about RtoP arising out of Libya. Rather than being a product of widespread international concerns stemming from the implementation of Resolution 1973 on Libya, the Security Council’s inability thus far to take timely and decisive action to protect Syrians from mass atrocities is more likely caused by two generic constraints on the Council that were identified by Edward Luck in 2006: (1) there are some problems that do not have feasible near-term solutions, and (2) the Council is “not above the vagaries of international politics. Indeed it is all about politics: local, national, regional and global.” It is the complex politics within and surrounding Syria that seems to hold the key, not the political fallout from Libya.