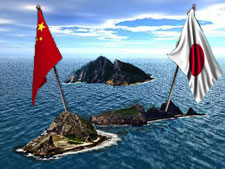 Territorial disputes in Asia remain a serious challenge to peace, stability, and prosperity in the region. A recent example occurred in May 2013 when a 65-year-old Taiwanese fisherman was killed by the Philippine coastguards for supposedly illegal fishing in an area southeast of Taiwan where the “exclusive economic zone” entitled under the Convention on the Law of the Sea overlaps with that of the Philippines. The Taiwanese public was outraged; the government demanded official apologies, an inquiry, and financial compensation. It imposed sanctions, including a freeze on hiring of Filipino workers and the recall of ambassadors; subsequently, it conducted a naval drill in the contested waters, while hackers from both countries mounted cyber-attacks on official government websites.

In a globalized world of interconnected societies and transnational threats, where borders seem to be more a geographical expression rather than demarcation of national interests, territorial disputes remind us that sovereignty still matters. Today, there are seventy-one unresolved territorial disputes involving over 40 per cent of sovereign states. Of all interstate disputes, these ones over territory tend to be nearly twice as likely as other issues to lead to armed conflict.

Drawing boundaries between countries has always been a very politically sensitive, especially when governments or groups of people have a particular stake in a geographic area. Historically, the practice of arbitrarily drawing borders by former colonial powers, with no consideration of ethnic, religious, social, or linguistic identities, has created a legacy of troubles in many regions of the world, including in Asia. However, very often, human features are too vague to define ideal borders, and unclear and inappropriate boundary descriptions are at the root of many disputes.

Traditionally, territorial disputes have been explained in terms of power relations. Most of the earlier research reflected the dominant realist approach, which explains the rise in conflicts over contended territory in terms of state interests. On the other side of the theoretical spectrum, normative explanations refer to subjectively-formed norms, conceptions of justice, and beliefs that can motivate territorial claims and trigger conflict over disputed territories. According to this approach, the value of territory not only derives from political or economic interests, but also serves as source of sovereignty and identity both for the states and the people involved. More recent streams of research have stressed the role of resource scarcity as the cause of territorial disputes. As population expands and economic growth continues, the demand over resources can push neighboring countries to adopt more aggressive claims and flare-up dormant territorial disputes.

Today, the South China Sea is at the center of an escalating crisis, which is also driven by economic interests and prospects of access to energy resources. How willing a state is to compromise over a disputed territory seems to depend on the value attributed to it, either in tangible terms, such as political and economic interests, or intangible, such as ethnic, nationalist, or symbolic value terms.

In Asia, there are now serious risks that current territorial disputes might escalate to armed conflict mainly due to three factors: geopolitical shifts, competition over scarce natural resources (e.g., oil, gas, and, in particular, water), and environmental degradation. At the same time, the continuing trend toward integration in the region, the growing relevance of regional institutions and arrangements, and the processes of democratization are reasons to be optimistic about peaceful settlements of territorial disputes in Asia. It seems clear that an important investment for the future of the region is a political effort to promote the creation or strengthening of institutions and arrangements for the management of territorial disputes, which can promote codes of conduct and joint management schemes. Indeed, the establishment of such mechanisms has led to the settlement of territorial disputes in many regions of the world. Asia does not have to be an exception.

Francesco Mancini is the Senior Director of Research at the International Peace Institute. This essay was adapted from a paper written for ISPI called, “Uncertain Borders: Territorial Disputes in Asia.”