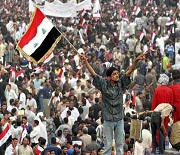 A string of bombings in Kirkuk, Baghdad, and in the Shia south of Iraq on December 31, 2012 killed at least 36 Iraqis. The attacks came amidst protests against Prime Minister Maliki’s continued effort to destroy his political opponents, especially Sunnis. On January 25, troops opened fire and killed at least five Sunni protestors in Fallujah. This violence raises questions over the nature of Iraqi society after the civil war and makes it clear that what Iraq desperately needs is nation-building. But does sectarianism make inclusive politics impossible?

Is inclusive politics possible in a state rife with sectarian violence? This question forces us to consider what causes ethnic conflict, of which sectarian conflict is a variant. An article forthcoming in the April 2013 issue of the American Political Science Review tackles this challenge. Nicholas Sambanis (co-author here) and Moses Shayo modeled an environment where individuals want to maximize their payoffs but also identify with social groups, and where their behavior is partly aimed at the good of their group. The model explores the endogenous relationship between social identities (e.g. tribes or sects) and violence, highlighting psychological mechanisms that underlie ethnic conflict.

This model can help explain key aspects of the Iraqi civil war and the persistence of sectarianism. Although sectarian identities were strong in Iraq at least since Ottoman administration, they co-existed with a broad if shallow concept of Iraqi nationalism that was shared by Arab Sunnis and Shia. During the Sunni insurgency that started in 2003, ethnic identification grew as national resources were destroyed and the state—and oil wealth —came up for grabs. Just as the model predicts, extremists with sufficient power to escalate violence caused identity polarization that further fueled conflict. Al-Qaeda in Iraq (AQI) had such an effect with its high-profile attacks on Shia civilian targets which forged a degree of intra-sectarian unity with little historical precedent since the execution of Muhammad Baqir al-Sadr and the Iran-Iraq war. Even the Sadrist militia Jaish al-Mahdi (JAM) and Badr Corps, otherwise sworn enemies, worked in tandem to murder Sunni civilians and capture the state.

In an application of the model to the case of Iraq, it becomes clear that elites were not free to manipulate the public as is commonly assumed in studies of ethnic conflict. Rather, elites have been constrained by the public’s preferences, which derive partly from their social identities. In Iraq, religion was the only source of political and social organization to fill the power vacuum left by Saddam Hussein’s removal. Shia identity politics pushed the quietist Grand Ayatollah Al-Sistani into the unlikely role of interlocutor for transitional government administrator Paul Bremer. However, as violence escalated, sectarianism overwhelmed the religious leaders who called for restraint in 2005-2006, including al-Sistani and even Muqtada al-Sadr, a prominent Islamic leader, allowing for JAM leaders with more sectarian and opportunistic goals to rise endogenously with violent conditions and gain control over Baghdad.

The model also has implications for countries transitioning from conflict. The rule of law requires either external enforcement or a strong national identity to overcome hostilities and commitment problems, but the legacy of sectarian war and competition over appropriable resources (most notably, oil) makes national identification less likely, leading to persistent ethnic or sectarian identification and more conflict.

If sources of national identification—such as national status—are few, and there are prominent splits across ethnic groups, then limited military interventions will be ineffective in establishing peace. In addition, a strategy of promoting economic growth, widely prescribed by international organizations as the best way to end violence, can actually fuel new conflict if growth benefits some groups more than others, reinforcing status asymmetries that lead to conflict.

The scope and magnitude of the American intervention in Iraq was massive by comparison to the more limited interventions seen in other parts of the world, such as Libya or Mali. Yet the goal of promoting inclusive politics remains elusive. The analysis here suggests that successful intervention must not only reduce violence and thus induce a shift away from ethnic identification, but also create conditions where a more nationalist identity translates into more nationalist institutions. This can be extremely difficult where governance patterns have favored leaders who channel state resources to preferred clients (the US intervention was never able to shift this pattern or establish self-sustaining channels of public accountability, so state resources were and are still seen as fully appropriable by groups in power). When those excluded from power share a sectarian identity, the possibility of extremists inducing ethnic violence rises dangerously, as we see in Iraq today with the killing of protestors and reprisal attacks on soldiers in Fallujah.