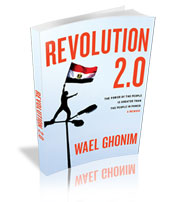 Asmaa was driving me to the Cairo airport on January 23, 2011. It was a bright, crisp morning when we set off from the family-run hotel I was staying at in downtown Cairo. Asmaa, a veteran Egyptian photographer who has been shooting pictures for Reuters for some years, was not looking forward to the demonstration planned for the 25th. She complained about the constant harassment from the secret police when she was trying to photograph the protests, and said it had become tedious to follow them day after day because the demonstrations against the longtime dictator Hosni Mubarak had, until that point, come to no more than small gatherings.

She was sure that the protests organized by the “Kullena Khaled Said” Facebook group planned for January 25 would come to nothing. “It’s the same people every time. A few faces change, but it is all from the same basic group,” she said.

Asma wasn’t alone in her skepticism. Manal Tibi, an experienced civil society leader who headed the Egyptian Center for Housing Rights, was also pessimistic about the January 25th protests. Sitting in her office in front of the computer and scrolling down the “Kullena Khaled Said” Facebook page, she said with a cynical smile, “There are thousands of people signed up, but as always only a few hundred will turn up.” Asmaa and Tibi couldn’t have been more mistaken.

Wael Ghonim, mastermind of the “Jan25” demonstration, creator of the “Kullena Khaled Said” Facebook page, and at the time also Middle East director of marketing for Google, explains in his book Revolution 2.0 why Asmaa and Tibi were so wrong.

The book, released to coincide with the one-year anniversary of the protests that swept the country and Mubarak off his chair, is a brilliant, uninhibited and very convincing manifesto of the power of the Internet — and, more particularly, social media —to transform the world. Ghonim is a convert to and a proselytizer of this idea. The book is not only an account of the events that lead up to the resignation of Mubarak on February 11, 2011, and a heart-wrenching personal story, but also a manual on how to run a revolution using social media. And, at times, it even reads like a self-improvement book: “forget the past, live in the moment,” “let the crowd make its own decisions,” “the power of the people is greater than the people in power,” are some of the mantras decorating the dust jacket.

Much of the text is an exegesis of the messages that Ghonim posted on the Facebook page. He offers us a line-by-line account of the developments on the Net that led up to the massive demonstrations on January 25 and beyond, breaking down each comment he made and explaining to us the rationale —with reference to marketing principles—for the sentences he wrote, the words he used, the tone he adopted. For example, he tells us that his comments were posted in the first person singular because it feels more genuine and sincere, whereas the “we” alienates readers and makes them suspicious. For similar reasons, he chooses colloquial Arabic over modern standard. He keeps his identity hidden at all times, not only for security reasons, but also because one of the basic pillars of his philosophy—what explains the “2.0” in the title—is that, with the advent of the Internet, revolutions are no longer led by individuals, but by the masses.

The secrecy surrounding his identity as administrator of the page is also one of the main hinges on which the drama of the book turns. The suspense as people accidentally discover who he is, leading up to his capture by the Egyptian State Security, makes the story a highly engaging, almost addictive read. Although one would think that the backdrop of the story—the momentous historical events that led to toppling of an almost 60 year-old regime—needs no additional pathos, Ghonim’s own story is, to an extraordinary degree, intertwined with the key events of the uprising. Not only is he the creator of the “Kullena Khaled Said” page —which today boasts two million members, and with which he was able to directly mobilize tens of thousands, if not hundreds of thousands — but also the person who chooses National Police Day to coincide with the major anti-regime demonstration that set off the revolution.

Furthermore, Ghonim convenes a demonstration three days later and names it “Friday of Anger” —another turning point of the history of the revolt. He also designs a picture of a cross and crescent with the words “I am an Egyptian against terrorism” underneath, in honor of the deadly bombing of a church in Alexandria the previous New Years’ Eve, which goes viral on Facebook as people make it their profile picture. He is also the proponent of the idea that demonstrations start in popular neighborhoods of Cairo, arguably one of the keys to their success. And this is just a sampling of his contributions.

A devoted, almost unconditional Google employee, Ghonim is never short of praise for a company that embodies many of the basic principles he believes in with near-religious fervor. Perhaps most prominent among them is his notion of participatory democracy, which he applies by means of constant polling. Anytime he senses an unusually harsh criticism to his comments on the page, or simply when he is torn between two choices, he duly creates a questionnaire to gauge the readers’ inclinations, and adapts accordingly. In this we see a reflection of the culture of iterations and beta versions embedded in the Internet industry, and its ethos of constantly changing and recreating one’s product.

The book is a testament to what someone armed with an MBA — Ghonim got his at the American University in Cairo — and a computer connected to the Internet can achieve. We see this in Ghonim’s obsession with branding, when he, for example, names the January 25 protest a “revolution;” launches campaigns like “The Week of Goodwill for Khaled Said”; uses the “sales tunnel” approach; and talks about the “emotional bond between the cause and the target audience.” But, it would be deceptive to argue that the success of his Facebook page can be reduced to these business school lessons; Ghonim is clearly equipped with an innate ability for marketing and social media.

Though there is a serious misconception embedded in the explanation of events that the book provides. Another MBA concept that Ghonim might have learned is that correlation does not necessarily mean causation, and while the events he describes give a sense of cause and effect between his page and the ousting of Mubarak, this is far from a complete explanation of why things happened. To be fair to Ghonim, it is not his role in this book to tell us about everything else that was going on at the time (for example, the role of worker strikes and satellite networks), and he does acknowledge other factors. However, the book recounts such an impressive tale that it is difficult to keep this in mind, and it becomes too easy to overstate the influence of the Internet and social media as agents of change in the world.

Furthermore, Ghonim is perhaps too quick to proclaim the victory of social media and modern marketing techniques over authoritarianism. Though he might consider constant polling a form of participatory democracy, others might see in it a tool to change, shape and manipulate people’s opinions, even if—as it is certainly the case with him—it is done for a good cause.

The book itself—surely a soon-to-be blockbuster movie—comes with complementary material on the Internet. The YouTube videos of Ghonim’s mid-revolution interview is no less a profoundly moving personal testimony than a masterpiece of marketing.