Of the ten countries that host the most multilateral peace operations personnel, eight are located in areas highly exposed to climate change. As such, climate change is not just an issue of human security—it is transforming the entire security landscape. Nonetheless, international efforts to build and maintain peace are not yet taking these emerging challenges systematically into account.

Building peace is never straightforward, but there is an increasing awareness that the challenge will become exponentially more difficult in countries where climate change is amplifying social and political instability. This is concerning because the interactions between climate change and violent conflict prolong the latter, inhibit peacebuilding, and increase the human costs of war.


Table 1: Top 10 Countries with the Most Multilateral Peace Operations Personnel and their Exposure to Climate Change

However, the impacts are temporally and spatially diverse, because different social, political and economic contexts and processes are exacerbated by different climate-related changes. The same is true of peacebuilding. Social, political, and economic contexts shape both the conditions for and the sequencing of peacebuilding activities and determine the pathways for sustaining peace. After decades of top-down peacebuilding efforts, policy actors now realize that peacebuilding offers better pathways to peace when it is bottom-up, inclusive, and able to address the grievances that gave rise to the conflict and those that result from war. 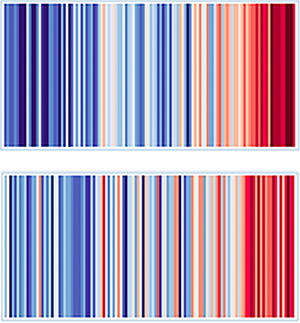 Drawing together insights from several past and ongoing research efforts, this article, based on a SIPRI policy brief of the same name, offers insights on how climate-related security risks affect peacebuilding and makes recommendations to help future peacebuilding efforts become more climate-sensitive.

The compound character of climate change is a strong exogenous factor that reshapes the local context for building peace and is likely to amplify local grievances and marginalization. At the same time, the impacts of climate change inhibit economic development in the many conflict-affected countries in which the majority of the population depends on agriculture for its livelihood. Extreme weather events in particular weaken already fragile institutions that are unable to respond to the impacts of either slow- or rapid-onset disasters. The impacts of climate change therefore actively erode the capacity of states to prevent conflict.

To illustrate more specifically how climate change can affect the efficacy of peacebuilding, this article will look at three major aims of peace operations: (a) to provide peace and security; (b) to strengthen governance and justice; and (c) to ensure social and economic development. It draws on the cases of Somalia and Afghanistan—two countries which have experienced increasingly warm temperatures (see Figures 1 and 2).

The work of peace operations to build and sustain peace is becoming increasingly difficult because climate change is directly affecting the dynamics of ongoing conflicts and increasing the likelihood of violent conflict. This interaction has been seen in recent years, for example, in Somalia, but can also be found across the broader Sahel region and in other states such as Afghanistan.

Somali society’s double exposure to decades of violent conflict and recurring droughts and floods has generated over 2.6 million internally displaced persons (IDPs). Increasingly, climate-related impacts are driving displacement through land degradation linked to the greater frequency of droughts and floods. In April 2018, for instance, flash floods in Somalia affected more than 695,000 people, displacing nearly 215,000. A prolonged drought had already affected 6.7 million people and “displaced 926 000 people between November 2016 and September 2017.” Many IDPs moved to major urban centers such as Mogadishu, to live in improvised camps that have become hotspots for human trafficking and child exploitation, and recruitment ground for al-Shabaab, Somalia’s dominant insurgent group. These impoverished circumstances counteract the efforts of the United Nations and the African Union to reduce the threat posed by al-Shabaab in Somalia. The increased displacement of people and a lack of livelihood opportunities provide beneficial conditions for al-Shabaab to recruit among the young, the unemployed and the displaced. Similarly, the increased frequency of herder–farmer conflicts in both East and West Africa causes social stress and tensions at the community level. This feeds into broader societal grievances, which have been the root causes of many of the conflicts in the region. In complex, multilayered conflicts, such as those in Afghanistan, Mali, Somalia, and Darfur, more frequent communal conflicts linked to ethnic and clan-based identities are demanding increased attention and resources from peacebuilding actors to try to prevent this violence from spilling over to the national level.

In addition to increasing the likelihood of violence, climate change challenges the governance assistance and support dimensions of multilateral peacebuilding efforts. For instance, in north-western Afghanistan drought affected a large proportion of the local population in 2018 in areas that are predominantly dependent on agriculture. The drought left the region with low water levels, even in the early summer. This lack of water was compounded by the completion of the Salma dam, which affected water flows and access to water by local communities. Issues surrounding water allocation arose between neighboring villages, which resulted in low-level violence. The initial findings from SIPRI’s work on Afghanistan indicate that the lack of water and the ensuing violence had negative effects on the legitimacy of local state institutions and of the UN peace operation, which failed to mitigate/mediate the conflict.

Similarly negative effects on the legitimacy of emerging governance structures are visible in Somalia. The influx of IDPs to the city of Baidoa in south-western Somalia, amid climate change-related land degradation, led to an erosion of the United Nations Assistance Mission in Somalia (UNSOM)-facilitated local power-sharing agreement. This agreement was implementing a careful mediation and a proportional allocation of political representation along ethnic/clan lines. The influx of displaced persons changed the demographic and clan/ethnic composition of the city. Initial findings from SIPRI’s work show that these demographic changes called the legitimacy of the power-sharing agreement into question and set back UN efforts to support the building of governance institutions and broader state- building in Somalia.

Grievances linked to social and economic disenfranchisement are increasingly being identified as the root causes of many conflicts. Peacebuilding typically involves a focus on promoting social and economic development, as this work reduces vulnerabilities, increases resilience, and helps to manage societal grievances. By extension, this increases the capacity of societies to prevent violent conflict.

Women and children are among the most vulnerable segments of society. The exposure of many countries to both climate change and conflict is the greatest driver of poverty, unemployment, and hunger. This increases the need for immediate humanitarian assistance, as is currently being demonstrated in Yemen, and has long-term implications for development efforts that seek to reduce the risk of a relapse into conflict and to facilitate sustainable peace and development.

Figure 3: Change of Livelihood Before and After Displacement in Afghanistan

According to Toby Lanzer, the Deputy Special Representative of the UN Secretary-General in the United Nations Assistance Mission in Afghanistan, the 2018 drought in north-western Afghanistan left 13.5 million people on the brink of famine. The resulting displacement deprived over 96,000 people of their land and caused tremendous livelihood challenges. According to the Afghanistan Drought Impact and Needs Assessment (DINA), over 70 percent of people in the region were dependent on agriculture-related livelihoods before the drought and displacement. After displacement, this figure fell to just 1 percent (see Figure 3). Similarly, the Somalia DINA on the 2016–17 drought stresses that “addressing the accumulated caseload of [the] displaced will be a central challenge both to drought recovery and to the long-term stability and development of Somalia.” The increasing frequency of droughts and floods in many conflict-affected countries is challenging the development efforts of many peacebuilding actors. In turn, this seriously undermines the long-term vision required to achieve a sustainable peace.

Three aspects will be particularly important in this regard:

Given the increasingly complex impacts of climate change on the prospects for peace, peacebuilding actors need to know more not only about the background to a particular conflict, but also of the climate-related issues in the contexts in which they are operating. This is not an add-on to core knowledge about conflict and peacebuilding, but an essential part. This will involve assessing: (a) the risks climate change poses for peacekeeping, peacebuilding, and conflict prevention activities; (b) the risks that climate adaptation projects pose to the prospects for peace; and (c) the risks that arise from climate-insensitive peacebuilding and development interventions.

Further, this requires the development of training programs before deployment that will inform personnel of how climate-related security risks affect their work.

The multifaceted impact of climate change on social, economic, and political processes has implications for all peacebuilding actors. To generate greater coordination and better information on the ground, enhanced exchanges of knowledge will be needed between various agencies. A systematic collection of “lessons learned” and best practices in peace operations should be put in place to increase cross-agency dialogue and encourage the development of joint responses and staff training. This should also lead to specific recommendations on revising and adjusting existing funding streams that inhibit collaboration and can foster competition.

Peacebuilding today is often caught in a dilemma between the need for immediate response to the threat of impending violence and to meet the need for long-term development. The increasing frequency of droughts and floods in many peacebuilding contexts has added an additional dimension to this dilemma.

Peacebuilding actors need to identify better ways to navigate between these competing demands using integrated response strategies. Instead of being guided purely by possible risks, peacebuilding actors should proactively identify climate action as an opportunity to build sustainable peace. Projects that aim for both climate action and development can help to bring about both short-term adaptation and long-term resilience. A key aim of such projects should be to recast the role of women and youth as agents of positive change, rather than victims of climate impacts, deserves special attention. They will also contribute to peacebuilding by engaging with communities, strengthening the state’s ability to provide services and enabling climate-sensitive development. Such approaches, moreover, will aid conflict prevention as they mitigate local grievances and reduce marginalization, which are becoming increasingly prevalent root causes of conflict.

In sum, climate change is not just an issue of human security; it is transforming the security landscape. To be able to deliver on their key mandate to provide peace and security, strengthen governance and justice systems and ensure broader social and economic development, peacebuilding efforts need to become more climate sensitive.

Dr. Florian Krampe (Germany) is a researcher in SIPRI’s Climate Change and Risk Programme, specializing in peace and conflict research, environmental and climate security, and international security. His primary academic interest is the foundations of peace and security, especially the processes of building peace after armed conflict.