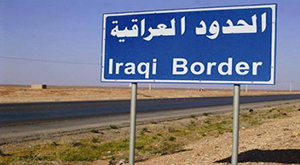 At a historic meeting at the heads of government level on September 24, the Security Council chaired by US President Barack Obama adopted Resolution 2178, addressing the threat of foreign terrorist fighters. With an estimated 15,000 nationals from over 80 countries on the battlefields of Iraq and Syria, governments are understandably concerned not only about their ability to further destabilize fragile environments but also about their impact at home when those fighters return. Exposed to the brutality of warfare and the ideology of extremists, it’s argued, such returnees can threaten their homelands or act as ideologues and recruiters for extremist groups.

The new resolution was not only unanimously adopted by all 15 UN Security Council members, it also received words of support from high-level officials from over 100 countries beyond the Council. Resolution 2178 was under Chapter VII of the UN Charter and therefore legally binding on all member states, and imposes obligations on states to “prevent and suppress the recruiting, organizing, transporting or equipping” of foreign terrorist fighters, including their finances and travel. Furthermore, states are tasked with preventing “the movement of terrorists or terrorist groups” through their territory, and ensure that their domestic laws allow for the prosecution of those who attempt to do so. Such obligations are reflective of those already enshrined in earlier resolutions such as UN Security Council resolutions (UNSCRs) 1267 and 1373, and their subsequent iterations. However, what is novel about 2178 is the emphasis on countering violent extremism or “CVE” and the inclusion of community engagement and civil society as key elements of a comprehensive approach to the threat.

Speaking at the Council, President Obama reiterated that “Often it is local communities—family, friends, neighbors, and faith leaders—that are best able to identify and help disillusioned individuals before they succumb to extremist ideologies and engage in violence.” Reflecting that, the resolution:

Calls upon Member States to cooperate and consistently support each other’s efforts to counter violent extremism, which can be conducive to terrorism, including through capacity building, coordination of plans and efforts, and sharing lessons learned. (Para 18, UNSCR 2178)

As is customary, however, how the resolution is to be implemented is left to individual states and the proverbial devil lies in these details. Already, there are concerns that states have utilized “CVE” programming to enhance their surveillance of minority, primarily Muslim, communities and utilize initiatives to constrain freedom of speech or expression, or worse, punish or detain opponents. Civil society groups have long expressed concern at being caught between the harsh environments created by terrorist groups but also by the imposition of draconian counterterrorism legislation that inhibits their activities and finances.

Moreover, as has been noted by some prominent civil society activists, it is critical that governments empower communities to undertake the kind of engagement that is most suitable to the context. Overt and undue government roles in community engagement can damage the credibility of interlocutors and risks securitizing a relationship with communities who might prefer to interact with governments to address a range of grievances not limited to security or terrorism.

It is therefore imperative that CVE programming be carefully developed in close consultation with communities and practitioners to tailor them to regional, cultural, and political contexts, and that it serves to enhance community resilience by empowering them through education, employment, and other activities that also serve to address long-term socioeconomic development in response to grievances about relative marginalization and a lack of opportunity. As such, fostering local ownership of initiatives and ensuring the protection and promotion of human rights are not rhetorical niceties but fundamental necessities of effective CVE.

Challenging extremists is not only about constraining their physical capacities but also challenging their ideologies and narratives. While this may be a generational challenge and one that will unfold differently in each region, countering extremist narratives is not only a counterterrorism agenda but one essential to preserving the hard won development and human rights gains over the past six decades. For example, as New York Times columnist Nicholas Kristof recently noted, extremist groups have targeted the education and development of women and girls; he urged that we take note and redouble efforts to educate and empower women and girls everywhere. We need not only a counter-narrative, but a stronger positive alternative narrative that can appeal to youths vulnerable to radicalization.

How states implement their obligations to curtail the activities of foreign fighters will impact CVE efforts. Harsh and punitive measures that do not fall within the rule of law can fuel grievances and disillusionment that extremist recruiters can exploit.

Finally, while the broad international consensus around the resolution and the recommitment of the international community to preventing and addressing the threat posed by the so-called Islamic State (ISIS) is to be commended, the resolution in and of itself can only address one aspect of the challenges in Syria and Iraq. The large numbers of displaced and traumatized populations, including youths who may be vulnerable to recruitment by extremist groups, will require increasing assistance. Without a broader political solution to these conflicts, it is likely foreign fighters will continue to make their way to the region, and the networks and bonds they form are likely to establish the basis of terrorist groups to come.

Naureen Chowdhury Fink is Head of Research and Analysis at the Global Center on Cooperative Security, where she leads on the CVE portfolio. These views represent the personal opinion of the author and not the Global Center’s.