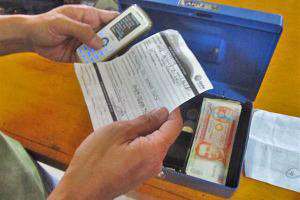 Does the fundamental construct of humanitarian action need to change from providing aid to facilitating people’s access to help? The responses to the Syrian crisis and Typhoon Haiyan in the Philippines point to three humanitarian trends heading in that direction: the changing role of governments beyond requesting international assistance; the increasing use of cash and technology, giving rise to the phenomenon of “enabled self-help”; and the increasing significance of parties whose core mandate, or interest, is not aid. These trends indicate that real improvement to humanitarian effectiveness cannot be achieved by relying on one dominant international system, or one that is organized primarily for aid distribution.

In examining the crises in Syria and the Philippines, one can find key illustrations of how much the humanitarian landscape—and its relationship to this system—has evolved.

Typhoon Haiyan in the Philippines

Haiyan was one of the strongest cyclones ever recorded. In its aftermath, the government of the Philippines welcomed international assistance almost immediately, even with a very capable national disaster management structure. The IASC response benefited from its recent “transformative agenda” efforts, with much better coordination, deployment, and leadership. In the first weeks, 20 countries sent military assets, which helped to overcome the initial logistical constraints from the infrastructure destruction, and allowed civilian humanitarian efforts to begin.  Through it all, the government led the relief operation.

There are three developments that distinguish the Haiyan response from other international response to major natural disasters.

Second, both aid providers and the affected people used technology and social networking extensively. For examples, crowdsourcing methods were used to assess damage and needs, as were social media for agencies-to-communities communications, finding family members, and direct appeals for help.

Third, the response saw the largest deployment of foreign militaries to a single country. Civil-military coordination was well-organized at the hub (more local) level with individual foreign military components. At the national level, however, the Armed Forces of the Philippines maintained military-to-military multinational coordination.

The Syrian crisis is today’s biggest humanitarian crisis, and the response is regional and complex. Two developments stand out in the response. The first relates to donorship. In 2013, Kuwait, Saudi Arabia, the United Arab Emirates, and Qatar contributed more than $500m towards the Syrian appeals through IASC channels, and were among the top donors. However, it is generally known that much larger amounts of aid and aid funding have been provided by these Gulf donors, and Turkey, through non-IASC channels. These could be through Muslim aid organizations, or well-connected or powerful individuals and organizations for distribution in vulnerable communities, many of which are inaccessible to the UN. There is often a mingling of military, political, and humanitarian objectives in their aid provision.

Additionally, from the beginning of the crisis, UN agencies and international NGOs have been required by the government to work under the auspices of the Syrian Arab Red Crescent (SARC). Though SARC is part of the Red Cross, it was generally seen as an extension of the ruling regime before the conflict began, but it has laudably maintained sufficient neutrality to be one of the few organizations that can go cross-line between government and opposition-held areas.

The Trends as Seen from the Crises

The role of governments

The international community professes a “there-to-support-the-government” credo, yet studies have shown that this is seldom manifested in reality, and is awkwardly implemented when attempted. In fact, in Asian and Latin American countries, there is an increasing reluctance for governments to call for international assistance, preferring to turn to mutual assistance from neighboring countries when needed. Bilateral assistance in disaster response relies significantly on civil protection and military assets rather than civilian humanitarian organizations.

In the case of Typhoon Haiyan, even as the Filipino government accepts international assistance, its approach to the whole response illustrates the ever-increasing assertiveness of host countries. The government, with its National Disaster Management Council, led and continues to lead the disaster response, and remains the chief coordinator. Significantly, neighboring countries such as Thailand, Indonesia, Malaysia, Singapore, and Brunei all deployed military assets to support the government and its armed forces. These deployments are managed and coordinated centrally, and not through the multilateral system.

The use of cash transfer programs (CTP) in the Philippines and the Syrian regional response confirms its institutionalization in disaster response. Not only can cash address multi-sectoral needs, it also puts more decisionmaking in the hands of the recipients.

The “mainstreaming” of CTP is also a function of technology and private sector partnership. While CTPs also involve distribution of actual cash, electronic transfers are possible in countries such as the Philippines and Lebanon, where there are deep financial-services engagement (e.g., banking or remittance) and general ease with e-commerce. Even in less developed countries, increasing technological adoption will accelerate the change from in-kind distribution of relief goods and services to cash transfers.

Technology has now fostered the phenomenon of “enabled self-help.” While the self-reliance of those caught in disasters has always been there (and generally underestimated by aid agencies), technology has made self-help more possible and visible. In the Philippines, there were even anecdotal accounts of direct appeals for money on Twitter.

In the Syrian and Philippines crises, six groups of actors are part of the changing humanitarian landscape.

The Syrian crisis multilateral response benefited from the generosity of the Gulf states, but their role as donors is wider than their contributions to the appeals. Many Syrians in need are helped by non-IASC-channeled assistance, even as the military, humanitarian, or other purposes are blurred.

The requirement to work through a non-IASC party (as in the case of the Syrian Arab Red Crescent, though it is part of the Red Cross Movement which has observer status within the IASC) is not new. That was the case in the Cyclone Nargis response in Myanmar, when the Association of Southeast Asian Nations (ASEAN) provided the cover for the UN. Humanitarian access in the Sudanese border states of South Kordofan and Blue Nile was being negotiated under the auspices of the Tripartite Plan of Action sponsors—the United Nations, the African Union, and the League of Arab States. All of this illustrates the precariousness of the multilateral agencies’ ability to operate in many areas of the world.

In the Syrian crisis response, as in other more recent humanitarian crises taking place in predominantly Muslim countries, there are now more and more Muslim aid or charity organizations from other Muslim countries on the scene. Most are not within the orbit of the IASC system.

Because of the trend of countries turning to neighbors for mutual assistance, regional organizations such as the African Union, the Organizations of Islamic Cooperation (OIC), ASEAN, and many of the Caribbean and Latin American regional organizations have taken to develop humanitarian coordination capacities. It is quite foreseeable in the future that UN OCHA (Office for the Coordination of Humanitarian Affairs) will not be the chief coordinating body in any major humanitarian operations. Many country governments, as in the case of the Philippines, already claim that role.

From the beginning of humanitarian action, the private sector has contributed to disaster response through philanthropic initiatives. With Typhoon Haiyan, in addition to financial donations, many private sector entities were operational partners, notably in logistics, IT, and financial services.

The evolving thinking in the private sector has matured from financial donations to corporate social responsibility to a new concept of “shared value” where companies aim to advance profitability and social impact simultaneously. Western Union, a member of the Share Value Initiative that is now a global movement involving many multinational corporations, cut its transaction fees for remittance to communities hit by Haiyan. Increasingly, private sector incorporates responsibility for community welfare, including where there are humanitarian disasters, as an integral part of their corporate aim.

The foreign military intervention in the Philippines was significant not just in the number of troops-sending countries or in the size of assets involved. It was in the “inter-operability” between the military and civilian actors. All the military-sending countries recognized the Oslo Guidelines for the Use of Foreign Military Assets in Natural Disaster Response. A large number of military and civil protection personnel involved had undergone common civil-military coordination training with their multilateral civilian counterparts. It was this level of “inter-operability” that had allowed humanitarian agencies to optimally benefit from their assets. This is quite a contrast from previous situations where considerable tension existed between the military and civilians.

First, the fundamental construct of humanitarian action needs to be changed from aid provision to facilitation of access to needed help.

Affected people are now much more enabled by technology. Future aid operations will also require many fewer aid distributors. The humanitarian community must shift the focus away from the aid-providing agencies to the people, and to seek technological innovation for humanitarian effectiveness from their point of view and not that of the agencies. Even as outside intervention is still required, technology will allow recipients to have more control and choices. The new phenomenon of “enabled self-help” should spur agencies to redefine “access” not in terms of their reach to the affected people, but how to help the affected people acquire the goods and services that are needed for survival and human dignity.

Second, in the cacophony of actors, seek “inter-operability” and not dominance.

The traditional model of the IASC system is under stress. While forms of outside intervention will always be needed, the different providers will coalesce into different networks, with the IASC system being but one. To maximize humanitarian effectiveness, networks need to be “inter-operable” in the sense of common norms, standards, and modus operandi, regardless of the differences in organizational mandates.

It is no longer possible to assume the posture that acceptance of organized outside intervention permits the international community to take over the leadership, control, and coordination of a disaster response. A good place to start the change is for humanitarian workers to develop the skills to interact with governments.

The first ever World Humanitarian Summit will take place in 2016, twenty-five years after the landmark UN General Assembly Resolution 46/182 called for the strengthening of the coordination of humanitarian assistance. It will no doubt raise interest in how to re-define humanitarian action for the 21st century.

Catherine Bragg is an Adjunct Professor at the Centre for Humanitarian Action, University College, Dublin.