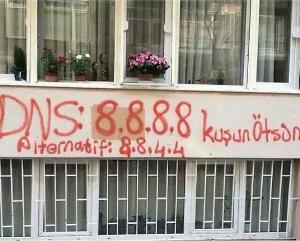 There is an informal rule that the more one attempts to hide, remove, or censor information on the Internet, the more widely publicized that information becomes. We’ve seen this in a number of cases. Some have been serious, like the 2009 attempt by a multinational oil company to suppress The Guardian’s reporting of a toxic waste dump scandal, which resulted in the corporation’s name trending negatively on Twitter. Others have been humorous, such as the 2003 case of Barbara Streisand attempting to suppress photos of her mansion in Malibu, California, from a series of stock photographs of the Malibu coastline, which resulted in half a million additional visits to the website hosting the stock photos. This last incident is where the rule gets its name: the Streisand Effect.

The efforts by the Turkish government to shut down citizens’ access to Twitter offer a telling example of the national security implications of the Streisand Effect. On March 20th, the administration of Prime Minister Recep Tayyip Erdoğan banned the use of Twitter in the country. A week later, it banned YouTube too. This comes in the lead up to local and presidential elections taking place this year and amid a series of wiretap leaks that allegedly show corruption at the heart of the Erdoğan administration.

Erdoğan has claimed that social media outlets are enabling shadowy actors to spread false information without fear of repercussions. In the case of Twitter, the prime minister went so far as to say that he would “eradicate” the site from the country.

In actuality, Turks use of the social media service rose after the prime minister’s announcement about Twitter—by 138 percent. One analytics group counted 1.2 million tweets in the 24-hour period following the ban.

How were individuals so easily able to flout the ban? Turkish authorities only blocked Turkish domain name servers (DNS) from routing traffic to twitter.com. DNS servers are essentially the phone book of the Internet. They translate human-readable hostnames like google.com and twitter.com into numeric IP addresses like 74.125.224.72 and 199.16.156.230.

Like phone books, even if you rip out the page of a specific listing, you can still borrow your neighbor’s phone book to access it. And that is exactly what happened. Turkish citizens were essentially manually telling their computers to bypass Turkish DNS servers and instead use Google’s.

In response, the Erdoğan administration then blocked access to both Google’s DNS servers and Twitter’s IP address within the country. The best analogy is burning up your neighbor’s phone book (Google) and using call block on the listing in question (Twitter).

Right on cue, people have found a number of ways to circumvent the ban. Mostly, people are using virtual private networks (VPNs) and anonymizing tools like Tor. VPNs work by masking the IP address you are connecting from and encrypting your traffic. This is like making a call from a payphone instead of your own phone. Tools like Tor anonymize users by connecting their browsers to a distributed network and routing randomly through that network. Because this is random and encrypted, to an outside party one day it would look like a person’s traffic is coming from Canada, the next from Guatemala. As if that wasn’t bad enough for Turkish authorities, you can also post tweets via SMS.

In sum, this cat and mouse game is likely a losing proposition for those in power. Turkish President Abdullah Gül, who vocally opposes the Twitter ban, put it very succinctly: “at the point where communication technologies have reached…it is technically impossible to entirely block access to social media platforms.”

There are multitudes of workarounds to government censorship online, and, where there isn’t, there is almost always the possibility to move to a different platform. In Ukraine, for instance, protesters simply moved to new social network platforms like WhatsApp. Even in cases where the government severely curtails connectivity—in Egypt during the 2011 protests against then President Hosni Mubarak, for example—the efforts aren’t really effective and impose a level of collateral economic damage that make the shutdown unsustainable. The only way for a ruling regime to maintain complete control is to essentially cut off access to the outside world entirely, à la North Korea. While this may be an effective strategy, you would be hard pressed to find a decision maker that holds up North Korea as a good example of how to govern.

The reality is that the global connectivity that is a necessary condition for vibrant national economies comes at a cost. This cost is borne by governments, who lose control of the national narrative. It is borne by leaders, who now need to maintain a more responsive stance to citizens’ concerns. It is also borne in a diffusion of power that has both good and ill consequences.

Nonetheless, “the Net interprets censorship as damage and routes around it,” in the words of John Gilmore, one of the founders of the Electronic Frontier Foundation. As leaders struggle with balancing liberties against security and stability concerns, they would do well to keep this in mind.

A court in Turkey overturned the government’s Twitter ban on March 26th, but the site remained blocked. Whether or not the ruling holds, Turkish citizens are likely to keep expressing their discontent, online as well as in the streets. The Erdoğan administration will need to figure out a better way to engage with their issues rather than crack down if it wishes to quell the discontent.

Chris Perry is a Research Fellow and  Data Scientist at the International Peace Institute. He tweets at @cperry1848.