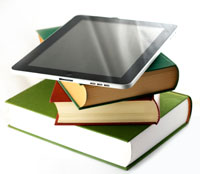 From rising cities and militant groups to carbon democracies and forgotten genocides: these topics may not have topped bestseller lists in 2013, but they can deepen our understanding of international relations and prospects for peace and security as 2014 kicks off. Staff at the International Peace Institute (IPI) compiled a list of recent books that capture today’s complex global landscape. The list includes volumes that focus on peace and security, as well as those that address the history and political dynamics in regions where IPI has established program activities: the Middle East, Africa, and Asia.

This list will be published in two installments: (1) recent books (below), and (2) reports and other short reads that you may have missed.

Conflict Assessment & Peacebuilding Planning by Lisa Schirch (Kumarian Press, 2013)
This volume fills a gap in the current conflict-sensitive development and peacebuilding literature, offering a practical methodology to link conflict analysis and assessment to the design, planning, monitoring, and evaluation of peacebuilding efforts. For those less inclined to dig into the book (although it is an accessible work that reads more as an handbook than an academic treatise), the volume comes with a website that includes the main resources for conflict assessment and peacebuilding planning. Suggested by Francesco Mancini, Senior Director of Research.

A Crucial Link: Local Peace Committees and National Peacebuilding by Andries Odendaal (Unites States Institute of Peace, 2013)
Local and society-level peacebuilding efforts are critical to achieving sustainable peace at the national level. Some peace negotiations have authorized the creation of local peace committees, from South Africa to Northern Ireland to Nepal. This book is the first comparative study of these committees and what they bring to both community-level and national peace processes. Namely, local peace committees can build social cohesion, facilitate dialogue, and prevent violence, helping to sustain national peace agreements by addressing local aspects of conflict that are often otherwise ignored. Suggested by Andrea Ó Súilleabháin, Visiting Fellow.

Gridlock: Why Global Cooperation is Failing When We Need It Most by Thomas Hale, David Held, and Kevin Young (Polity, 2013)
Global problems require global solutions. This book examines the interconnected nature of international challenges today, from climate changes to financial crisis, and argues that transnational solutions are more needed than ever. However, Hale, Held, and Young argue that issues of multipolarity, institutional inertia, and fragmentation have led to gridlock in the multilateral system. It concludes with a reflection on what type of politics may lead the way out of the institutional dysfunction of the international system. Suggested by Adam Lupel, Editor and Senior Fellow.

If Mayors Ruled the World: Dysfunctional Nations, Rising Cities by Benjamin Barber (Yale University Press, 2013)
Calling for “a planet ruled by cities” and a world Parliament of Mayors, this book looks at inter-city cooperation as a possible new paradigm for global governance. Barber examines existing partnerships between cities around the world, asserting that the pragmatic approaches of successful mayors can transform not only urban problems, but global ones. Throughout the book, there are eleven profiles of innovative mayors—from New York to Lagos to Delhi—which are a new and valuable contribution to the growing literature on fragile cities. Suggested by Andrea Ó Súilleabháin, Visiting Fellow.

Opting Out of War: Strategies to Prevent Violent Conflict by Mary Anderson and Marshall Wallace (Lynne Rienner, 2012)
It is difficult to produce something new on conflict prevention, after over two decades of continuing practice and research. However, the authors of this volume contribute to the field fresh ideas emerging from what they call “non-war” communities. These local communities managed to create a non-war identity for themselves that both gave them cohesion and distinguished them from other communities engaged in violence. Five of the case studies are presented in depth: the Hazara community in the Jaghori district of Afghanistan; cross-ethnic solidarity in Tuzla in Bosnia; a peace community in Colombia; the Mungoi homestead in Mozambique; and the Muslim community in Rwanda, which by and large opted out of the genocide raging around them. Although these communities were not able to address the broader politics that wars surrounding them produced, the cases show how the local level is very often the most effective angle to prevent armed conflict. Suggested by Francesco Mancini, Senior Director of Research.

Strategy: A History by Lawrence Freedman (Oxford University Press, 2013)
Who better than Sir Lawrence Freedman could produce a history of the concept of strategy which is both scholarly sound and entertaining? After reading this wide-ranging review of the concept from chimps of Tanzania to Peter Drucker, by way of David and Goliath, the Pharaohs, Machiavelli and Marx, one is left with a key question: is good strategy really a strategy or more a cleaver opportunistic behavior to adapt to ever-changing complex environments? Suggested by Francesco Mancini, Senior Director of Research.

The War That Ended Peace: How Europe Abandoned Peace for the First World War by Margaret MacMillan (Profile Books, 2013)
As the 100th anniversary of the beginning of World War I approaches, a large number of good books came out to mark the next year’s centenary. MacMillan’s monumental work should be at the top of the pile. She shows the full cast of characters and how their miscalculations, perceptions and misperception drove the continent, and the world, down the dark path of unprecedented global armed violence. Suggested by Francesco Mancini, Senior Director of Research.

Africa’s Peacemakers: Nobel Peace Laureates of African Descent, edited by Adekeye Adebajo (Zed Books, forthcoming January 2014)
Peacemakers contains essays on the eight Africans and three African-Americans who have won the Nobel Peace Prize, a succinct and trenchant account of their contributions in the search for peace in Africa, the civil rights movement in the US, the efforts to control the spread of nuclear weapons and to promote women’s empowerment. The volume offers an alternative narrative to the perception of Africa as racked by conflict, dominated by warlords and afflicted by recurrent crises of genocide and war crimes.  The writers, themselves distinguished African and African-American academics, offer a positive albeit critical view of African leaders. Suggested by John Hirsch, Senior Advisor.

Al-Shabaab in Somalia: The History and Ideology of a Militant Islamist Group, 2005-2012 by Stig Jarle Hansen, (Oxford University Press, 2013)
Hansen highlights with abundant details the main stages that marked the evolution of the Islamist organization from its creation—due to an ideological vacuum and the decline of the warlord militias in Somalia in the early 2000s—to its military engagements with Somalia’s transitional federal government defended by Ethiopian troops and later on the African Union Mission in Somalia (AMISOM), and others, and to a perceived weakening. Al-Shabaab’s expansion strategies are described through winning of local support by restoring relative security, law enforcement and a justice system in territories that were under its control; the recruitment of foreign fighters and members of the Somali diaspora; and the establishment of regional connections, and with Al-Qaida networks in East Africa, the Arab Peninsula, and in West Africa and the Maghreb. In addition, the organization made increasing use of the Iinternet for its regional and international outreach. Internal challenges contributed to weakening the group. These include, including issues of leadership and governance styles, tensions between clanism and Islam, and between insurgency and offensive as military tactics. A useful read for any attempt to understand the role played by Al-Shabaab in the Somalia crisis and the spread of radical Islamism in East Africa, the book recalls the transnational dimension of terrorism across the Sahel. It concludes by questioning the possibility of negotiation with some members of Al-Shabaab. Suggested by Mireille Affa’a Mindzie, Research Fellow.

Poor Numbers: How We Are Misled by African Development Statistics and What to Do About It by Morten Jerven (Cornell University Press, 2013)
In a world that increasingly relies on data to make policy decisions, this book is deeply unsettling. The author describes with first-hand observations how sub-Saharan African governments consistently produce statistics that should not be trusted. He suggests that some national statistics might be off by as much as 50 percent, probably in the direction of underestimating economic activity. He concludes with interesting suggestions on how to strengthen African national statistical offices toward developing capacity for more frequent but smaller surveys, rather than rely on occasional collections of large amounts of data. Suggested by Francesco Mancini, Senior Director of Research.

Beloved Land: Stories, Struggles, and Secrets from Timor-Leste by Gordon Peake (Scribe, 2013)
Part travelogue, memoir and political analysis, Beloved Land chronicles the hurdles that face Timorese as they struggle to build the new millennium’s first new country. Shortly after its 2002 independence from Indonesia, Peake spent four years in Timor-Leste—a nation of one million who speak over 20 languages—just as the international community moved its attention elsewhere. The book is an important asset for understanding the challenges in modern statebuilding, and what the international community can do (and not do) to help. Suggested by Francesco Mancini, Senior Director of Research.

The Blood Telegram: Nixon, Kissinger, and a Forgotten Genocide by Gary J. Bass (Knopf, 2013)
Bass draws from recently declassified documents and White House recordings to tell this harrowing tale of Washington’s secret support for a military regime in Pakistan. Furthermore, Bass finds that Nixon and Kissinger gave this support fully aware of circumstances that led to the slaughter of hundreds of thousands of people in Bangladesh and, eventually, the war with India. It’s a crucial text for understanding the larger regional context in Asia today, and US compliance in these past atrocities. Suggested by Warren Hoge, Senior Adviser for External Relations.

The China Choice: Why We Should Share Power by Hugh White (Oxford University Press, 2013)
The future relationship between the United States and China is often touted as the biggest problem in international politics. In the most comprehensive analysis to date, White offers insights into this complicated transpacific game of tug-of-war with a keen, clinical eye that is unsympathetic to either side. Whether one agrees with the author’s conclusions or not, they will be enriched by understanding his arguments about this deepening rift and accompanying potential threats to global security. Suggested by Francesco Mancini, Senior Director of Research.

Carbon Democracy: Political Power in the Age of Oil by Timothy Mitchell (Verso, 2013)
In Carbon Democracy, Mitchell makes a unique argument on the relationship between fossil fuels and democracy since the industrial revolution. A fascinating scholarly amalgam of sorts, the book challenges our fundamental understanding of the history of energy, the theoretical origins of “the economy” and the geopolitics of the Middle East. As we approach the end of the oil age, Mitchell offers a hypothesis on why one might be more hopeful for “more democratic futures” in the world at large. Suggested by Omar El Okdah, Policy Analyst.

A Line in the Sand: The Anglo-French Struggle for the Middle East, 1914-1948 by James Barr (Norton, 2013)
In this gripping work of history based on a plethora of original sources, Barr offers a revisionist take on the rivalry between Britain and France for dominance in the Middle East during the former half of the twentieth century. The story of the “line in the sand” comes at a turning point in Middle Eastern peace and security.  As we reach the centennial of World War I, we witness a region still dealing with the reality of border erosion and regionally-tinted internecine conflicts, many of which are arguably rooted in the postwar arrangements that this book investigates. Suggested by Omar El Okdah, Policy Analyst.

My Promised Land: The Triumph and Tragedy of Israel by Ari Shavit (Spiegel & Grau, 2013)
The author draws on private diaries, historical documents, interviews, and his own family records to tell deeply personal stories as well as the wider context from over a century of Zionism. Shavit, an eminent Israeli journalist, focuses on key historical events for both Jews and Arabs—from a flourishing Palestinian orange-grove economy to the Israeli nuclear program—with exacting and critical analyses. My Promised Land is an important asset to understanding dynamics inside Israel and the broader region. Suggested by Warren Hoge, Senior Adviser for External Relations.