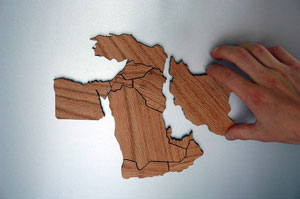 During a short but intensive stay in Turkey, Lebanon, and Jordan, I had the opportunity to elicit views and first-hand accounts from a variety of actors—government officials, international humanitarian and development actors, civil society organizations, and academics and experts—on the humanitarian response to the Syrian crisis, and, more specifically, on what opportunities they saw for greater regional cooperation to address the deteriorating humanitarian situation in Syria and beyond.

Most of the people I spoke with were rather pessimistic at this time. In fact, one major takeaway from the multiple interviews was an overwhelming sense that, rather than having a sobering effect bringing regional players together, the Syrian conflict and its spillover in neighboring states is deepening antagonisms and exacerbating regional power politics.

Yet, narrow areas of converging interests could be identified that, if properly exploited, could enhance regional cooperation in partly addressing the human impact of the civil war.

It has become a truism to say that the Syrian conflict is a regional crisis. Figures speak for themselves: 800,000 Syrian refugees in Lebanon; 550,000 in Jordan; 520,000 in Turkey; 200,000 in Iraq; and 130,000 in Egypt. Altogether, more than 2.2 million refugees—one tenth of the Syrian population—have been registered or are in process of being registered in these five countries.

And this staggering number represents only the tip of the iceberg since it doesn’t take into account scores of Syrians not registered by the UN refugee agency. Reportedly, a popular estimate heard on the streets of Beirut is about 2 million Syrians in this tiny country of 4 million. Even if this number is highly inflated (more reasonable estimates report 1.2 to 1.4 million), it is quite telling that the perception of the Lebanese is that their country is literally flooded with refugees. In Jordan, officials reported that, to the 550,000 registered Syrian refugees in the country, one should add approximately 150,000 unregistered refugees and up to 600,000 Syrian migrants who left Syria either before the conflict or for reasons not directly related to it.

These massive refugee flows represent a growing burden on the economy, resources, and infrastructures of host countries and on the livelihood of host communities. Rents and food prices are skyrocketing; health services become saturated; schools are struggling to absorb thousands of new students; and unemployment is rising as local people cannot compete with the low wages Syrians are willing to accept. In Lebanon, a recent socioeconomic impact assessment of the World Bank estimated that in 2012-2014, the Syrian conflict may have cut GDP growth by 2.9 percentage points each year, pushed 170,000 Lebanese into poverty, and doubled the unemployment rate.

The strain is accentuated with each new wave of refugees, as illustrated in recent days in Lebanon. Discontent is rising, compounding an already deteriorating security situation due to direct spillovers of the Syrian conflict, particularly in Lebanon and Iraq. In sum, the direct humanitarian consequences of the Syrian crisis are further destabilizing an already volatile region, adding to some of the existing political and sectarian fault lines, while introducing demographic changes that might have long-term implications well beyond Syria.

Given the potential for regional conflagration and destabilization, one would think there is a mutual interest of states in the region to act in a concerted and coherent manner to at least address the humanitarian situation and support countries hosting refugees. Yet, what currently drives regional stakeholders seem to be mostly self-interest and self-preservation, compounded by both competition for power and influence and by related security considerations motivated by real or perceived “existential” threats. For instance, both Saudi Arabia’s and Qatar’s policy vis-à-vis Syria are guided by their mutual fear of seeing a “Shiite crescent” under the influence of Tehran expanding from Beirut to Bagdad via Damascus. But both states are also competing with one another for power and influence in the Sunni Arab world.

That is not to say that states from the region are not doing anything on the humanitarian front. Even countries that are not hosting hundreds of thousands of refugees—Kuwait and the United Arab Emirates, for instance—are major contributors to the humanitarian response. Yet, there is a sense from the interviews that their contributions are not driven by a spirit of cooperation, but by one of self-interest (which, admittedly, is what drives foreign aid policy of most donors). This also explains why regional organizations like the Gulf Cooperation Council, the Arab League, and the Organization of the Islamic Cooperation—organizations that have burgeoning humanitarian arms—remain weak and sidelined. Indeed, bilateral aid resulting in concrete and visible outcomes—such as the five-star Emirati refugee camp in Jordan—better serve national interest than engaging in multilateral cooperation channels, which tend to dilute donors’ visibility and control over projects. Overall, the overwhelming feeling among the people interviewed was skepticism that greater cooperation was possible in the broader region, even to address the humanitarian consequences of the conflict.

The same is true with the smaller circle of states hosting refugees. To varying degrees, host states’ position toward Syria and the refugee crisis is defined by two factors. First, competition is high between one another to access funding and international support. Second, this competition is compounded by the violent spillovers of the conflict and the “existential” threats represented by refugees—which, in the case of Lebanon and Jordan, could well change for good an already fragile demographic balance—that push each state to present this regional problem exclusively as a national one. Yet, there is a strong argument to be made for collective regional action to address the refugee crisis and it is precisely on these two aspects of access to funding and security that most interlocutors we spoke to saw the greatest areas of convergence.

International organizations and donors seem to be aware of the importance to put host states in the driver’s seat. In early October, the Executive Committee of the UN High Commissioner for Refugees brought together Jordan, Lebanon, Turkey, Iraq, and Egypt at the ministerial level to think together about ways to address the crisis. In early November, the UN Development Group and the Office for the Coordination of Humanitarian Affairs also convened strategic meetings, respectively on November 2-3 and November 4, in which these five refugee-hosting countries were invited. These meetings announced a shift in approach toward a response that goes beyond the refugee crisis and aims to address the needs of host communities and to support host states in addition to responding to immediate refugee needs. This shift should certainly be welcome, but it will not necessarily foster greater regional cooperation if the spirit of self-interest that prevails is not taken into consideration and the underlying motivations duly addressed.

In the first place, international organizations and the donor community should duly take into account the “existential” security threat refugees represent to these countries. Multiple interviews in the region made clear that, for neighboring states, measures perceived as favoring eventual integration of refugees in their host country are viewed with suspicion. In Jordan, while greater support to host communities was welcomed, measures aimed at strengthening the “self-reliance” of refugees were strongly decried. Similarly, in Lebanon, some local authorities are reportedly reluctant to register births among refugees due to misperceptions that it might facilitate their access to citizenship and, consequently, their integration in the country. On the contrary, it appears that the lack of birth registrations will create in fact statelessness that, in the longer run, might create obstacles to a swift return of refugees in Syria when the situation will allow.

Donors, humanitarian and development agencies, and host states should therefore devise together measures that, while addressing immediate refugee needs, would facilitate and encourage the dignified return of refugees in Syria once conditions are ripe and therefore alleviate this “existential” fear. Programs aimed at ensuring access of refugees to civil documentation (birth registration, marriage, property titles, etc.), keeping communities together, empowering refugees through education and vocational training relevant for the reconstruction of Syria, are but a few examples of approaches that can facilitate the return of refugees.

In that respect, there are benefits for host states to come together and share their respective experiences. For instance, a recent study reports that Syrian schools—taught in Arabic according to the Syrian curricula—have sprung up in Turkey, a country where education is provided in Turkish. Yet, this raises a number of difficulties, including problems for Syrian students in accessing universities. Turkish authorities are therefore changing course and encouraging Syrian refugees to go to Turkish schools, which facilitate their immediate integration, but might complicate their eventual return. Such experience with the pros and cons of each model could benefit other states of the region, and should be discussed among host countries.

A more coherent and concerted approach by states neighboring Syria could in turn facilitate access to funding, the other area of converging interest. Indeed, as a recent IPI report shows, joint proposals developed collectively at the regional level can make a favorable impression on donors inclined to fund concerted and coherent approaches rather than piecemeal ones. In the case of the Balkans—discussed in the IPI report—a concerted regional approach to tackle the remnants of widespread displacement from the 1990s conflicts contributed to convincing donors to support the proposal, eventually benefiting each individual state. With the Balkans precedent in mind, it is indeed in each state’s self-interest to start collectively thinking about and addressing expectable long-term consequences of massive displacement rather than wait that they become even more intractable problems.

Lastly, such a regionally driven approach—as opposed to a response led by international organizations sometimes perceived as vehicles of Western agendas—might convince states from the broader region, including Gulf states, to fully support these collective efforts and contribute to defining the response. This shift would not only benefit both Syrians and their hosts, but also the broader Middle East, as it could pave the way for greater political cooperation to devise regional solutions to regional problems.

Jérémie Labbé is a Senior Policy Analyst at the International Peace Institute. He tweets at @jeremie_labbe