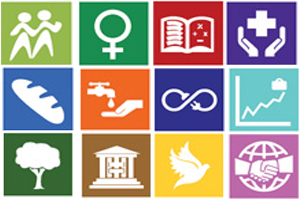 The opening of the UN General Assembly is always a busy time in New York. This year’s opening of the 68th session was particularly intense. The issues in Syria and Iran grabbed numerous headlines, but the challenges of poverty reduction and sustainable development also took center stage. With the Millennium Development Goals (MDGs) set to expire in 2015, the UN Secretary-General used the week to focus international attention on accelerating progress to achieve the goals and define the successor framework, known as the post-2015 development agenda.

During the week, the President of the General Assembly hosted a Special Session on achieving the MDGs and the post-2015 agenda. With this and several other concurrent events, the post-2015 process has shifted from external inputs to a member state process. And yet, it seems we are left with more questions than answers as to what the final framework will look like and how member states will get there. Here are a few of the questions that are looming large.

The MDG Special Session outcome document noted that the post-2015 framework should be “universal in nature and applicable to all countries, while taking account of differing national circumstances and respecting national policies and priorities.” It remains unclear how this will work in practice. Unlike the MDG framework, which placed the majority of obligations on developing countries, a universal framework assumes responsibilities for all countries.

This raises several practical questions for goal areas that do not necessarily apply across countries, such as eradicating extreme poverty, and suggests greater implications for national policy in developed countries than they may be prepared to accept.

Drawing on the Rio+20 outcome, the Group of 77 member states (G77) were adamant that the principle of CBDR be referenced in the Special Session outcome document, holding up the negotiations until the eleventh hour on this point. They will not easily let it go in the upcoming negotiations, and yet developed countries do not appear ready to make serious changes to their consumption and production patterns. This raises serious questions as to the scope for an eventual compromise on environmental sustainability.

The implementation of measures to achieve any future goals depends in large part on how they will be financed.  Further, financing is at the heart of member states’ calculations as to what they stand to gain or lose from the post-2015 framework.

Many important voices, including the High Level Panel on the Post-2015 Development Agenda, have noted that, besides domestic resources, the most important source of long-term finance for development will be private rather than public capital. However, it is still not clear how the post-2015 agenda can effectively harness public and private capital as well as aid and non-aid flows.

The hope is that the Experts Committee on Financing will produce strong proposals, but it has just started its work and it is not clear how it will interpret its mandate.

Although there is widespread recognition of the linkages between peace, governance, and development, several member states are reluctant to include these issues in the post-2015 agenda. They are motivated by a number of concerns, including the securitization of development, infringement on national sovereignty, a shift in official development assistance to fragile and conflict-affected states, and the risk of crowding out other important issues such as poverty, climate, and sustainability.

More broadly, these countries argue that peace and governance issues will dilute the developmental focus of the post-2015 agenda and are better addressed in other fora. At present, it is difficult to see how member states will find common ground on these issues.

A Complex and Disjointed Process

There are several strands of work that are expected to inform intergovernmental negotiations, which are set to start in September 2014.  Before they begin, at least three key questions need to be explored: How will effective goals be produced? What role will world leaders play? How will the process tie into negotiations for a climate deal?

Following the end of the formal sessions of the Open Working Group on Sustainable Development Goals in February 2014, it remains unclear how the co-Chairs will facilitate negotiations and produce a document that proposes goals that are ambitious, clear, and concrete by September. The OWG has so far drawn legitimacy from its relatively open and transparent membership and process. Some observers question how they can maintain this openness and at the same time build the space for a meaningful compromise.

Following its inaugural meeting during the opening of the General Assembly this year, it is still unclear how the High Level Political Forum (HLPF) will help define the post-2015 agenda. Established to replace the Commission on Sustainable Development, the HLPF will meet again at heads-of-government level in 2015 and every five years thereafter.  In the short term, however, it is not clear what role the next annual meeting (held at ministerial level under the auspices of the UN’s Economic and Social Council) will contribute to the debate.

The deadline for reaching a new climate deal has also been set for 2015. While it may be possible and even desirable to keep this separate from the post-2015 process, the lines are likely to become blurred—particularly when the Secretary-General convenes a summit for heads of government on climate change in September 2014. It is unclear whether these processes will simply run in parallel, whether they can, and whether they should be mutually reinforcing.

In sum, if member states are to adopt a bold and ambitious post-2015 agenda, they will have to come to a consensus on who is responsible for what, who will pay for it, and how to define the scope of the agenda in a way that navigates the most contentious issues.

While these challenges are daunting, the good news for those hoping for an ambitious agenda is that tradeoffs between the scope of an agreement, allocating payment, and allocating responsibilities are possible—these issues define a three-dimensional bargaining space in which concrete outcomes could be achieved.

About the photo: a visual representation of post-2015 development goals proposed by the High-Level Panel on the Post-2015 Development Agenda.