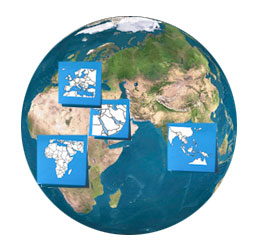 Last week, the Security Council held a debate on how to strengthen cooperation between the UN and regional and subregional organizations. The discussion specifically focused on cooperation in the fields of conflict prevention, peacemaking, peacekeeping, and peacebuilding. Regional and subregional organizations are increasingly expected to play a bigger role in the international peace and security architecture, and while they seem to be better positioned to address regional challenges as outlined by UN Secretary-General Ban Ki-moon during the debate, they also face significant shortcomings.

Perhaps one of the biggest challenges shared by many of these organizations is the need to overcome the skepticism among their citizenry about the effectiveness of their work. In many cases, multilateral organizations have not shown that they add value and are useful instruments to the people they represent.


While regional multilateralism can be traced back to the late 19th century in what became known as the “Concert of Europe,” it was really after World War II when it started to have significant developments. Forums such as the Organization of American States, OAS (1948) and the League of Arab States (1945) were established as spaces for political concert linked to regional military alliances.

The process of decolonization of Asia and Africa brought along a second wave of regional multilateralism with the creation of organizations such as the Organization of African Unity (1963) and the Association of Southeast Asian Nations, ASEAN (1967), and the South Asian Association for Regional Cooperation, SAARC (1985), among others.

After the end of the Cold War, encouraged by factors such as the success of the European Union, an increasing interdependence, and a trend towards the creation of regional blocks, new regional multilateral forums like Mercosur (1991), the Shanghai Cooperation Organization (2001), the African Union (2002, replacing the Organization of African Unity), or the Union of South American Nations, UNASUR (2005) were established.

Many of these organizations were created in the context of the Cold War, and their structures were designed to respond to Cold War security challenges. International security was then understood almost exclusively in terms of national security, and states focused their security policies on their ability to protect themselves from external threats. Multilateral organizations were established as instruments to facilitate interaction and minimize tensions among states, contributing to the management of interstate conflicts.

However, the current international scene presents a very different situation from that of the Cold War. While many of these multilateral organizations have had, since their creation, a mandate to preserve security and prevent war, the nature of international conflict has changed since they were established. Most of the current conflicts are not interstates but intrastate, and the majority of victims in these new wars are not combatants but rather civilians. More often than not, the threat to security is not an external enemy, but one inside the country, and it is not rare that a large portion of a country’s population can feel threatened by the very same government that “represents” them at international forums. While many of these conflicts take place within the boundaries of a given country, they often have a spill-over effect, affecting neighboring states and becoming a factor for regional destabilization and a risk to regional and sometimes even global security.

This new reality calls for innovative responses and for a new kind of multilateralism. To become more credible, effective, and results oriented, multilateral forums need to become more open, inclusive, and sensitive to the needs, perspectives, and concerns of the people who live in their member states. This could be achieved by establishing mechanisms to enable collaboration among different actors, particularly civil society organizations, in the collective management of peace and security risks.

There are some valuable lessons and good practices to be shared from organizations that have already moved in this direction. Organizations such as the Economic Community of West African States (ECOWAS) and the Organization for Security and Cooperation in Europe (OSCE), considered to be among the most effective in conflict prevention and peacebuilding, work closely with civil society. These partnerships enable them to gather unique perspectives for their analyses and leverage their operational capacities.

As the number of risks that need to be collectively managed increases, multilateral forums could become a vehicle to bring together different views and articulate different actors that can contribute to build peace and prevent armed conflict.  The state is no longer the only referent of security (national security). Security policies will increasingly have to take into consideration people’s concerns and understanding of security (human security). Managing collective risks from the perspective of both states’ interests and people’s interests will require a new type of multilateralism able to facilitate collaborative alliances, provide creative responses to global challenges, and establish new mechanisms of accountability.

The UN Security Council announced during last week’s debate that it will seek to continue the discussion with regional and subregional organizations on how to enhance cooperation for peace and security. The issues of how to bring multilateralism closer to the people and how to promote collaborative alliances with other actors should be part of the agenda.

Darynell Rodríguez Torres is the Programme Manager, Policy and Advocacy, at the Global Partnership for the Prevention of Armed Conflict (GPPAC).