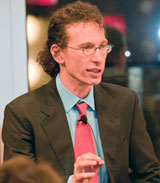 Hezbollah’s narrative is shifting now that it has entered into Syria’s civil war and taken the side of one Arab party against another, said Thanassis Cambanis, author of A Privilege to Die: Inside Hezbollah’s Legions and Their Endless War Against Israel. “Here is the Lebanese Party of God, whose raison d’être is to fight Israel, suddenly turning its firepower on a group of Islamist Sunni Arabs,” he said. Last week saw a worrying example of the sectarian tensions worsening in Lebanon, when 40 people were killed in clashes between the Lebanese army—apparently aided by Hezbollah—and Sunni militants in Sidon.

“Undeniably, Hezbollah and its leader Hassan Nasrallah have lost popularity in the region as a result of their position on the Syrian civil war. They’ve seemed like hypocrites; they’ve seemed sectarian. They’ve supported all the Arab uprisings except for the one in Syria. So that has made them disliked,” he said. Their actions are also likely to hurt their “long-term prospects” within Lebanon.

However, Hezbollah’s attacks on fellow Arab Muslims have not really compromised their position in the near term, according to Cambanis. “Today, they’ve got a lot of people who hate them, who a few years ago liked them,” said Cambanis, referring to groups like Sunni Arab Egyptians or Christians in Palestine who previously might have cheered Hezbollah for its resistance against Israel. “But they’re still being underwritten and backed by the Iranians, indirectly by the Russians, and by Syria.” And they still possess some “deep and unwavering support” across sects in Lebanon, particularly among their core supporters who are now “as concerned about Jihadists as they are about the Israelis.”

As violence rages in Syria and insecurity heightens in Lebanon, divides are deepening even further in each country and the region looks increasingly polarized. Yet, Cambanis sees a window of opportunity for reconciliation down the road. In the last three decades, there have been “repeated instances where groups have fought each other murderously—killed, tortured one another’s members, invoked sectarian identity, really taken the conflict to a gruesome level—and then have been able, shortly after brokering a truce, to be political allies,” said Cambanis. “And so we’ve seen the unforgivable, not forgiven, but overcome in the interest of a renewed common interest.”

Cambanis rejects the idea that Syria will break up into more than one country as a result of its civil war. It’s possible that, whenever violence does come to an end, it could end up muddling through in a precarious but unitary state, as neighboring Lebanon has done since its 25-year civil war. But Cambanis prefers to point to the example of Iraq, which has devolved some federal authority to the autonomous region of Kurdistan. A mix of pragmatism and national identity has so far kept that country intact, he said, and one should not underestimate the power of either in Syria.

The interview was conducted by Marie O’Reilly, Associate Editor at the International Peace Institute.

Marie O’Reilly: Our guest on the Global Observatory today is Thanassis Cambanis, a journalist specializing in the Middle East and American foreign policy, a Fellow at the Century Foundation, and the author of the book A Privilege to Die: Inside Hezbollah’s Legions and Their Endless War Against Israel. Thanassis, thank you for speaking with us today.

Thanassis, at least 17 Lebanese soldiers were killed in clashes with Sunni militants in the Lebanese city of Sidon this past week. As the Syrian Civil War continues to spill over into Lebanon and the violence appears to be intensifying there, what is the atmosphere on the ground in Beirut?

Thanassis Cambanis: Well, Beirut itself has been mostly untouched by the increased tensions, but the problem more and more in Lebanon has been between hardcore Sunnis and supporters of Hezbollah. And we’ve seen it for the most part in the cities is of Sidon and Tripoli because those are the places that have a heavy concentration of Sunnis, and, in particular, of Salafi Sunnis.

When there are problems in Lebanon, they tend to manifest themselves wherever there’s a fault line, wherever there are overlapping sectarian populations. There’s also a couple of Beirut neighborhoods that we can expect in the coming months to see flare-ups in. And these are all reflections of a deeper insecurity, the sort of ripening inside Lebanon as the Syrian civil war ages into its third year. We have groups here, particularly supporters of Hezbollah on one side and the supporters of the Sunni insurgents on the other, who are increasingly feeling insecure and feeling threatened here inside Lebanon about their prospects here as a result of the violence there.

MO: Hezbollah fighters were involved in these clashes against their fellow Lebanese, as we know, and the organization has also now explicitly committed itself to preserving Assad’s rule in Syria. Until this point, Hezbollah’s identity was defined largely by its resistance against Israel. So, are we seeing a sort of paradigm shift for Hezbollah, perhaps towards a more global Shia defense organization of sorts?

TC: Well, first of all, we have to bear in mind that, no matter how some outsiders perceive it, the Assad regime is not a sectarian regime. He is an Alawite and he has most of the Alawite support, but he rules with a coalition that transcends sects—Assad still possesses significant support from some of Syria’s Sunnis. So, even though there are a lot of sectarian overtones to the conflict, and even though we can say the rebellion is mostly Sunni, it’s not so simply divided. Another key thing to remember is that Hezbollah, even today, still possesses deep and unwavering support from the largest Christian political party in Lebanon and community members of all the other sects in Lebanon.

With those caveats in mind, I think you raise an important question: how does it affect Hezbollah’s identity and core support now that it has entered into an Arab civil war on the side of one party? Here is the Lebanese Party of God, whose raison d’être is to fight Israel, suddenly turning its firepower on a group of Islamist Sunni Arabs. Essentially, their Sunni counterparts—their brethren—are being put in the same enemy box as the Jewish state. It’s unclear to me whether that hurts them at all with their support base. I think it does hurt them in terms of the long-term game inside Lebanon.

Their die-hard supporters are on board with this mission because they’re as concerned about Jihadists as they are about the Israelis, but the wider Lebanese body politic has a lot of trouble swallowing this. You know, they can all get on board with the war against Israel—the common enemy—but at least half of this country is supporting the other side in the Syrian civil war. And I think it does hurt Hezbollah’s long-term prospects for remaining the undisputed power broker and the dominant power in this pluralistic space.

MO: And what about in the region? How has Hezbollah’s involvement in Syria and this shift in identify affected its legitimacy in the Middle East?

TC: Undeniably, Hezbollah and its leader Hassan Nasrallah have lost popularity in the region as a result of their position on the Syrian civil war. They’ve seemed like hypocrites; they’ve seemed sectarian. They’ve supported all the Arab uprisings except for the one in Syria. So that has made them disliked.

I am not sure it costs them anything, because the great wave of popularity they enjoyed after 2006 didn’t bring them money or weapons or political support. It just brought them high numbers in polls. It didn’t really matter that Sunni Arab Egyptians or Christians in Palestine were cheering for Hassan Nasrallah. It made no difference to their strategic or practical existence. Today, they’ve got a lot of people who hate them, who a few years ago liked them. But they’re still being underwritten and backed by the Iranians, indirectly by the Russians, and by Syria.

So their actual position, for now, is uncompromised. I think in the long run, they do run a danger because, for example, Hamas has broken with the so-called “axis of resistance” that included Iran, Syria, Hezbollah, and, until last year, Hamas. So I think they will suffer some medium-term costs, but so far, this is a temporary realignment.

One of the things that is really important—not just for Hezbollah in this conflict, but for all the parties—is that we have seen, in the last thirty years or more, repeated instances where groups have fought each other murderously—killed, tortured one another’s members, invoked sectarian identity, really taken the conflict to a gruesome level—and then have been able, shortly after brokering a truce, to be political allies. And so we’ve seen the unforgivable, not forgiven, but overcome in the interest of a renewed common interest. And I think it’s important, when we look at Hezbollah’s role and we look at the potential for reconciliation in Syria, that we remember that a lot of these vituperative and rightfully aggrieved parties in the conflict may well find themselves able to do a deal and operate together in a relatively short period of time.

MO: Many think that the Syrian civil war could ultimately lead to the breakup of that country, and right now there’s a lot of skepticism regarding the resolution of the conflict anytime soon. Do you think Lebanon’s recovery after its long civil war, mixed as it was, could provide some sort of model for Syria?

TC: That’s a grim model. The Lebanese’s solution suggests that even after the worst communal atrocities, some kind of accommodation as possible. It’s terribly dysfunctional—the model of muddling through, the model of failure but not castrophe. So yes, it is one blueprint forward, but I think there are other possibilities as well.

There are people who argue—and I am sympathetic to their argument—that the national identity of Syrians is actually quite strong, and that the cohesion of people who think of themselves as Syrians is quite deep, even between the communities that are warring with each other today.

And the other example we should look at for parallels is Iraq, which has devolved some amount of federal authority since the American invasion a decade ago. But it has not split in three, as many people predicted. Even the functional autonomy of the Kurdish region has not been extended to an official independence bid, and there are lots of reasons for that. Some of them are practical and have to do with sharing resources and the extent of federal power. Some of them have to do with the real enduring power of national identity.

Even if many of these borders were invented by [the] Sykes-Picot [Agreement] about a century ago, they’ve become real in the minds of many of these citizens. It’s all too easy to predict the demise of these states. One should be careful and at least weigh heavily the possibility that these states remain intact and that Syria remains Syria—a single unitary state with one government—even in the eventuality of some kind of de facto autonomy between different zones of the country.

MO: Thank you so much Thanassis, that was very interesting.

TC: It was a pleasure to talk to you.