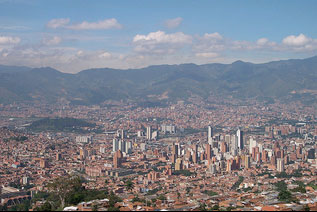 A new social category recently emerged on the security and development landscape–the fragile city. The preoccupation with “fragile” and “failed” cities–at least in military circles–echoes many of the very same anxieties associated with failed and fragile states. Such cities are said to experience ruptures in the social contracts binding governments and citizens and a declining ability to regulate and monopolize legitimate violence across their territories. In extreme cases, municipal governance systems and security apparatus collapse altogether.

The dizzying pace of urbanization in the twenty-first century is believed to exacerbate fragility in large and intermediate cities. The United Nations estimates that the world’s slum population will reach two billion by 2030, accounting for the majority of all future global population growth. A growing cadre of relief and development specialists is also aware how some cities–Ciudad Juárez, Medellín, Karachi, and Tegucigalpa–are synonymous with a new kind of fragility with severe humanitarian implications. While not necessarily affected by armed conflict, these and other urban centers are seized by levels of violence on par with war-torn Abidjan, Benghazi, Damascus, or Mogadishu.

Owing to irresistible demographic pressures and crises of urban governance, cities are becoming dangerously at risk of extreme violence. They are also very much present in emerging military doctrine and practice. Fragile cities in particular are being problematized by what some critical scholars have termed the new military urbanism. Indeed, militaries and humanitarian agencies around the world envision cities as the primary site of warfare in the 21st century and are adjusting their strategies and tactics accordingly.

For some, a kind of wary urban pessimism is taking hold. For example, analysts such as John Rapley contend that sprawling slums and townships in lower- and middle-income settings represent a new frontier of warfare. Other commentators such as Harroff-Tavel describe how humanitarian agencies are confronting new and unprecedented challenges in certain cities, including those not traditionally considered to be in war zones. Notwithstanding an important, if under-examined, counter-argument that slums manifest alternative forms of service provision, entrepreneurial activity and nodes of creativity and belonging, the ideological commitment to restoring state and metropolitan order in “ungoverned” urban spaces is deep-seated.

Cities are thus emerging center-stage in debates on counter-insurgency, stabilization, and crime prevention. To be sure, urbanization and security promotion have a shared heritage. For centuries, the clustering of populations into cities, towns, and villages has been accompanied by parallel measures to pacify urban residents and contain violence. Scholars such as Anthony Giddens and Robert Muchembled have shown the ways in which cities are historically connected to the pursuit of security and safety by the wealthy at the expense of the poorer periphery.

Urban settings are being recast as sites of engagement whose density, vulnerability, and unpredictability also demand new paradigms of intervention. Even so, a preoccupation with “securing” cities for the elite and middle class poor remains. There are fears among some security analysts that mega slums will comprise the future sites of (national) insecurity while others contend that so-called feral cities are already “natural havens for a variety of hostile non-state actors” and may pose “security threats on a scale hitherto not encountered.”

With some exceptions, there is comparatively less focus on addressing structural factors giving rise to fragility much less developing more inclusive social contracts, responsive services, and resilient systems of urban co-existence. What everyone agrees, however, is that a massive demographic shift is giving rise to the fragile city. Some of them, particularly those located in lower- and middle-income settings, are identified as prone to epidemic rates of violence. There is mounting evidence to back these claims.

The preoccupation with fragile cities suggests that the referent of international engagement is expanding. That is, fragility is no longer confined exclusively to nation states but rather extends to their capitals and outlying metropolitan regions. The international security and development optics are scaling down to account for violent cities and neighborhoods in which public authorities and civic actors are unable or unwilling to deliver basic public services, and cannot fulfill their essential function of providing security, welfare and legitimate representation. With some exceptions, however, the aid architecture is itself still oriented toward more conventional engagement through centralized state systems with a heavy bias toward rural areas.

And while alarm bells are being sounded over the real and imagined threats presented by fragile cities, surprisingly little is known about them. What makes them violent? What is the role of urbanization in shaping trajectories of violence? The widespread assumption of a positive correlation between city size or population density and the incidence of urban violence is debatable. By contrast, there is some evidence that cities facing rapid population growth are more predisposed to fragility. In some cases, violence is an expression of resistance to (state and) city-building, including forced population resettlement and relocation. As Stephen Graham observes, however, it is the “urban scale, as a site for or actor in the resolution of international social conflicts, ethno-national conflicts, and inter-state war” that presents a challenge to policy makers.

Even less is known about the resilience of fragile cities; that is, the extent to which they are able to cope, adapt, and rebound from external and internal stresses. The manner in which informal institutions in supposedly chronically violent cities such Beirut, Medellín, or Johannesburg are capable of reproducing alternative service functions is poorly understood as are the livelihood strategies adopted by many of the residents within them. There is comparatively modest literature on how displaced populations, both refugees and internally displaced persons, are managing in cities, though it seldom engages with questions of urban violence after the initial displacement event. Nevertheless, policies aimed at tackling such violence frequently target symptoms–from gun availability, gangs, and survivors–and overlook the underlying factors shaping its emergence and severity, including the origins, motivations, and means of “violence entrepreneurs” and the enabling conditions of cities and their governance institutions.

City fragility is both a catalyst and a consequence of transformations in broader state and metropolitan governance and, more prosaically, spatial organization. In many cities of Latin America, the Caribbean and sub-Saharan Africa in particular, certain slum neighborhoods and shantytowns have assumed the character of forbidden gang and crime zones well beyond the control of public security forces. These zones of exception are outside the de facto control of formal authorities. Within them, a slew of risk factors are believed to exacerbate urban violence and contribute to vicious cycles that disable upward and outward mobility. Of course, in certain cities, slums are often less dangerous than widely presumed. Yet, irrespective of the evidence, many middle- and upper-class residents may feel compelled to build (higher) walls and elaborate (and more sophisticated) security systems to shield themselves, giving rise to a Manichean landscape of “safe” gated communities and “violent” slums.

Real and perceived urban violence mutually reinforce each other to create what Tunde Agbola calls an “architecture of fear.” The result is a progressive fragmentation of public space, a breakdown of social cohesion through the generation of new forms of spatial segregation and social discrimination, and potentially more urban violence with devastating consequences. Fragile cities should be understood as intimately connected to the structural dynamics of urban agglomeration, as well as to the competing interests of—and power relations between—social groups. Yet, city disorder need not imply that urban spaces are unable to cope with such challenges and ultimately transform for the better. To the contrary, it is the very resilience of cities that is too often overlooked, and a source of resistance and agency from which important and positive lessons can be drawn.

About the photo: Medellín, the second-largest city in Colombia, is suffering a new type of fragility that has severe humanitarian implications. Credit: Jose Duque/Flickr.