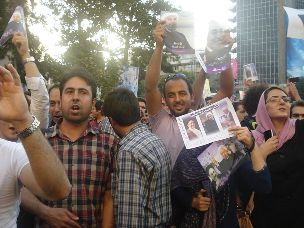 On Friday June 7th, Iranian voters overwhelmingly elected moderate cleric Hassan Rouhani the next president of Iran, capturing a late surge of interest by reformists and youth in this year’s contest. Shortly after the results were certified, Rouhani himself declared the campaign to be “victory for wisdom, moderation and maturity… over extremism.” A former parliamentarian and early shaper of Iran’s revolutionary government, Rouhani was also Iran’s chief nuclear negotiator under President Mohammad Khatami. Shortly before the election, Rouhani received the endorsement of both Khatami and Hashemi Rafsanjani—two of the Islamic republic’s most influential early leaders who also held the presidency.

In many realms—from internal power dynamics to Iran’s relationship with the West and its approach to the crisis in Syria—decisions in Iran are made not by the president but by Supreme Leader Ali Khamenei. The supreme leader did not formally endorse a candidate, but ultimately allowed the final six to stand for election, Rouhani included. The unrest experienced in 2009 seriously impacted the regime’s choice of 2013 candidates, with many indicating the desire for a decidedly “ordinary” outcome, involving an uneventful transfer of power and a non-polarized electorate. However, the sheer magnitude of Rouhani’s victory over hardline candidates is a telling indication of where popular opinion in Iran currently stands.

Taken on their own, the numbers from Iran’s election tell a surprising story. Hassan Rouhani received 50.7% of the 35,458,747 eligible votes cast, with popular Tehran mayor Mohammad-Baqer Qalibaf coming in second with 16.5% of votes. On the other hand, the current nuclear negotiator and Mahmoud Ahmadinejad’s preferred successor, Saeed Jalili, ran on a “no compromise” platform and received less than 12% of the vote. Even in Qom, the spiritual home of Iran’s theological elite and Ayatollah Ruhollah Khomeini, Rouhani received a majority of votes cast.

Yet, despite his clear validation from Iran’s population and the mandate that goes with it, Rouhani faces obvious challenges in reforming Iranian domestic and foreign policy. Chief among them is the clear consolidation of power around the supreme leader and the Revolutionary Guard, which today are operating less on the Vilayat-e Faqih guardian role initially conceived by Khomeini and more on a purely absolutist model.

“It is not a theocracy anymore,” Rasool Nafisi, an expert in Iranian affairs, told The New York Times four years ago, “it is a regular military security government with a facade of a Shiite clerical system.”

An even more glaring indication of the regime’s politicized absolutism was the disqualification of Hashemi Rafsanjani from standing in the election. Rafsanjani, a founder of the Islamic republic and former president who was instrumental in the selection of the present supreme leader, recently fell out with the regime and has been subject to increasing marginalization. Yet as a vocal supporter of Rouhani, Rafsanjani may regain influence because of his election. If president-elect Rouhani is to be successful in crafting an influential administration, it will need to be carefully constructed within the present power dynamic.

The standoff over Iran’s nuclear ambitions and the escalating crisis in Syria will be the dominant global issues of a Rouhani presidency, though will likely remain subject to the direction of the supreme leader. Nevertheless, a more constructive and reserved tone from the president and his diplomatic officials may serve to eliminate some of the overt hostility present during the Ahmadinejad regime and engender a more constructive dialogue between Iran and the West. Those expecting drastic changes on these issues, including Iranian support for Hezbollah, will likely be disappointed in the short-term.

Yet, in considering Iran’s nuclear program and its relationship to the United States, Rouhani has expressed optimism in creating a meaningful dialogue. While expressing his desire to see “tensions alleviated,” he has also firmly asserted Iran’s sovereign right to a nuclear program and urged the United States to cease its “unilateral” and “bullying” agenda in the interest of advancing negotiations. Additionally, as the one-time chief nuclear negotiator for President Khatami, Rouhani offers both diplomatic and technical expertise on this issue. Soon after resigning his post with the election of Ahmadinejad, Rouhani authored a little-known 2006 op-ed in Time magazine which presented eight steps for successful nuclear negotiations while also declaring “we must dare to leave the emotions aside and avoid polluting the atmosphere with the baggage of immediate and long-past history of Iran-US relations.” Fundamentally, bringing these views to the presidency offers the best potential to breaking a decade-long impasse. Rouhani may insist on Iran’s right to enrich uranium, but could be more flexible on other points.

Though many voters expressed fatigue at Iran’s international isolation, it was the economy that dominated campaign promises. The Iranian economy has been hit hard by sanctions, but it has also suffered from government mismanagement. With true inflation estimated at more than 40%, and unemployment possibly double the official rate of 12%, Rouhani has both a challenge and an obligation to improve the quality of life for Iranian citizens. Perhaps once he has earned respect from both Iran’s people and the regime, he will then be influential enough to take this success to the international arena, improving Iran’s image while defending the rights of its people.

Chris Frassetto is recent masters graduate of Columbia University’s school of International and Public Affairs and is currently a researcher at the counter-terrorism desk of Wikistrat, an online global consulting firm.

About the photo: Hassan Rouhani’s supporters before his election in Tehran, Iran, June 2013.