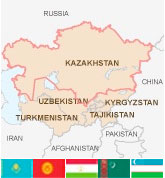 A few weeks ago, the UN Security Council received its semi-annual report from the UN Regional Centre for Preventive Diplomacy for Central Asia (UNRCCA), founded five years ago to address regional challenges among the Big 5 countries of Central Asia—Kazakhstan, Kyrgyzstan, Tajikistan, Turkmenistan and Uzbekistan. The Council has called for greater cooperation between the states and stressed the need for regional solutions to security and resource issues. These include cross-border questions such as drug trafficking, international terrorism, resource disputes, and illegal trade. UNRCCA has responded to this call by placing these transboundary risks at the top of its 2012—2014 priority list, ahead of wider regional stability issues and natural resource management.

UNRCCA, under the UN’s Department of Political Affairs, has a mandate to prevent conflict, facilitate dialogue, and secure international support for common projects; no small feat in Central Asia, where neighborly distrust and ethnic tensions are a feature of regional life. The UN Special Representative of the Secretary-General and Head of UNRCCA, Ambassador Miroslav Jenca, has himself admitted that “processes related to regional integration anywhere in the world are not straight forward. The national interests of neighboring countries do not always converge.” As recently as June 2010, violence between Kyrgyz and Uzbeks killed nearly 470 people and displaced a further 411,000 [read pdf report], and disputes over diminishing water resources compound wildly disproportionate economic circumstances among the UNRCCA countries. While Kazakhstan courts international investors, Tajikistan is the poorest country in Central Asia, and a third of the drugs trafficked to Russia or Europe from Afghanistan move through Tajikistan through its long, open border with Afghanistan, the world’s biggest opium producer.

UNRCCA has been active in addressing these intra-member tensions, notably following the violence in Kyrgyzstan. However, as the prioritization of cross-border issues demonstrates, the most pressing concerns for the region are collective rather than sovereign. The historic Silk Road now provides organized criminals, drug traffickers, and people smugglers with facilitation routes; one example is the increasing use of transborder Central Asian railways to transport opium from Afghanistan to markets in Iran, Russia, and the Balkans [read pdf report]. In addition, a power vacuum created by the withdrawal of International Security Assistance Force (ISAF) troops from Afghanistan by 2014 could have a destabilizing effect on Central Asia’s internal security. The emergence of Central Asian terrorist groups such as the Islamic Jihad Union (IJU) and Islamic Movement of Uzbekistan (IMU) has created an additional need for cooperation, and since December 2010, UNRCCA has been working with the European Union and the UN Counter-Terrorism Implementation Task-Force (CTITF) to implement the UN Global Counter-Terrorism Strategy.

There has never been a more pressing need for the countries of the region to embrace the umbrella of collaboration supplied by UNRCCA and its partners, the Organization for Security and Co-operation in Europe (OSCE) and the EU (the UN is not alone in recognizing the importance of stability in this region). Located at the far edges of empires and long considered a transit route rather than a destination, Central Asia is becoming more of a focus of attention for the international community. Because it sits on the doorstep of Russia, China, Iran, and Afghanistan, a stable and prosperous Central Asia would act as a comforting bulwark against its powerful neighbors. The private sector has become increasingly interested in Central Asia as an emerging market, with foreign direct investors circling to get a slice of the region’s resource-rich investment market (Kazakhstan has one of the world’s highest percentage increases in GDP). ISAF troops also have become reliant on the Northern Distribution Network, the Central Asian alternative to the precarious route through Pakistan. There is, therefore, great external political will for the countries of Central Asia to work collectively to address the challenges of the region, and the UNRCCA has a daunting task in persuading distrustful members to set aside their considerable individual agendas and work together.

Urging greater cooperation and opening dialogue has been a valuable contribution to the region by UNRCCA in its first five years through forums such as the meeting of deputy ministers of foreign affairs to address existing and emerging regional threats to stability and security in Kyrgyzstan in October 2012. However, for Central Asia to withstand the squalls of the next five years, it will need to make good use of umbrella organizations such as UNRCCA to introduce joint initiatives. If it does, the forecast for the region’s success would be brighter.

Fiona Blyth is an intern in the Africa program at the International Peace Institute.