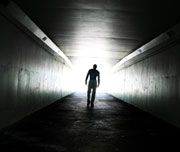 The precarious state of security across the Middle East and North Africa are making some development experts nervous. Is security a precondition for sustained social and economic improvements? Or is development essential for security to take hold? This is precisely the question facing the international community as it plans the next generation of Millennium Development Goals (MDGs) when they expire in a few years’ time.

While very few observers doubt the value of adding a security goal to the post-2015 development framework, disagreements persist about how such an objective might be framed and measured. Some United Nations member states are concerned about just how far the “security” agenda should go. While part of the challenge is semantic, others are political.

Personal security is a generic concept that captures many real and perceived experiences of households and individuals. It can be narrowed down to the protection of individuals from physical and psychological violence, which distinguishes it from “national” or “collective” security, which is preoccupied with states. Personal security refers to the safety of human beings–which can look different for men, women, girls and boys–and the ways in which they are enabled to live a full and productive life with dignity, without feeling afraid or at risk. Personal security is not just a priority for fragile and conflict-affected contexts, but all settings, whether upper-, middle-, or lower-income. It is a “universal” preoccupation and constitutes an intrinsic right on its own.

Personal security is a permanent aspect of life everywhere in the world, whether one lives in in a city, town, or village, and is not the preserve of just a small handful. It is also difficult to reduce personal security to a single metric or measure. Indeed, participatory research in Colombian, Guatemalan, Thai and Sri Lankan communities has registered literally hundreds if not thousands of distinct variations of personal insecurity. Clearly a “basket” of indicators is called for. Yet personal security cannot be reduced to all things for all people. For example, personal security is distinct from “food” or “job” security, which often emerges in the context of acute poverty and inequality.

Lethal violence is a useful index of personal insecurity. A low number of violent deaths suggest a higher level of personal security, and vice versa. Violent death is also a “sensitive” measure of personal security, it can change rapidly and also allows for a granular understanding of how, who, where, and why people are affected. The Global Burden of Armed Violence shows that some 526,000 people die violently each year. More than three quarters of these deaths–roughly 396,000–occur in countries that are neither fragile nor war-affected. Just one in 10, or 55,000 violent deaths, occurs in countries experiencing outright warfare. We can also count violent deaths arising from the state (“legal interventions”) as well as manslaughter (unintentional homicide).

Another key factor related to personal security is a subjective sense of safety and fear. Although the palatable sense of fear is easily felt, it is still a difficult concept to record, much less compare across different countries. Yet it is possible to identify a measure of fear in relation to how people behave. Social scientists have long examined how people are compelled to act in ways that are different to what they might otherwise have done in the absence of real or perceived insecurity. Both Gallup and Barometer polling surveys track levels of fear when it comes to “walking at night” for 98 per cent of the world´s population. While offering powerful insight into how security is experienced, perception data is also susceptible to political biases and visible events (e.g., acts of terrorism and high profile violations of human rights).

How does Personal Security Relate to Development?

There is ample evidence that personal insecurity has negative implications for development. On the one hand, sanctity of life and freedom from fear are enshrined in the Human Rights Declaration and even the Millennium Declaration. Personal insecurity also has implications for the quality and quantity of human and economic development. There is strong statistical analysis suggesting correlations between violent death and perceptions of fear and under-development.

There are a number of ways to frame a personal security goal. For example, a recent High Level Panel discussion supported by the UK signaled the objective of “eliminating lethal violence from every community by 2030” or “reducing the number of people and groups affected by violence.” There is every reason to believe that a bold goal would provide decision makers with a powerful incentive to invest in violence prevention and reduction.

Although people experience security and insecurity in diverse ways, a narrow focus on violence reduction (as opposed to, say, human security) would allow for more targeted action. In terms of indicators, we might imagine “changes in homicide per 100,000 population,” “reported violent crime per 100,000 population,” “willingness to walk at night” (percentage change), and “changes in sexual violence against adults and children” (changes in reporting rates). A key would be to focus on impact indicators, though special attention would be needed to also highlight institutional and process-oriented changes in fragile and conflict-affected settings.

What are Some Technical Dilemmas and Opportunities?

Personal security is, by definition, a highly political issue touching on essential functions of the state, the nature of the social contract, and the effectiveness of service delivery, particularly security organs. Discussions of homicidal violence, conflict-related deaths, extra-judicial killings, sexual violence, physical assault, property theft and population displacement are, unfortunately, still taboo in many countries. Indeed, the UN Office for Drugs and Crime (UNODC) only recently started including national homicide rates in its annual reports owing to sensitivities among member states.

There are also important technical challenges ahead. National statistical departments in fragile and conflict-affected countries seldom collect routine data on personal security. Even in upper-income settings, reporting systems may be highly erratic and report weak data from citizens who are fearful to register their concerns. What is more, data may not be coded in such a way as to allow for internal, let alone international, comparison over time and space. These difficulties are not just limited to government administrative information, but also opinion surveys, expert surveys, and other forms of data harvesting.

Nevertheless, there is evidence of growing political and social engagement with the issue of personal security and safety both within and outside the UN system. In the past few years the UN and World Bank have repeatedly called attention to the importance of security as a precondition of development and the ways the two are intrinsically connected, including in the most recent World Development Report (2011). The International Dialogue on Conflict and Fragility (INCAF) and in particular the 17 countries that make up the g7+ indicate that there is appetite to deal comprehensively with personal security and engineer societies that are free of fear.

There are also signs of new ways and means of documenting and publicizing gains or falls in personal security. Across Latin America and sub-Saharan Africa, for example, there is evidence of a massive expansion and cost reduction in technological capacities to measure a wide range of social phenomenon, including real and perceived security. In addition to improvements in survey methods and polling coverage around the world, we are also witnessing a revolution in ICT and open-source digital communications capacities, especially from lower- and middle-income settings.