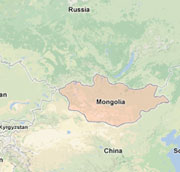 On November 22, the flag of Mongolia was raised outside the Hofburg palace in Vienna where the negotiating and decision-making bodies of the Organization for Security and Co-operation in Europe (OSCE) meet. This event recognized the fact that Mongolia has become the 57th country to join the OSCE (the first new member since Montenegro in 2006). The accession process was complicated due to issues concerning how existing OSCE commitments should be applied to a country that is outside the zone of application of, for example, current arms control agreements. There were also concerns about the precedent that Mongolia’s accession would set for other countries that were not part of the original Helsinki process of the 1970s. Nevertheless, with OSCE foreign ministers due to meet in Dublin on December 6-7, the decision to welcome Mongolia strengthens the OSCE’s credentials to be the most inclusive and comprehensive regional security organization in the Euro-Atlantic and Eurasian area.

Mongolia’s full participation in the OSCE is good for Mongolia and it is good for the OSCE. It demonstrates that the OSCE is still an organization that countries want to be part of, and it strengthens the organization’s profile as a Eurasian and not only a Euro-Atlantic body. For Mongolia, becoming an OSCE participating state opens up new possibilities and partnerships which is consistent with its “third neighbor” policy of building closer ties with partners other than its big neighbors Russia and China. Nevertheless, the decision to welcome Mongolia into the OSCE highlights the ambiguity of the boundaries of the OSCE area and the vagaries of the criteria for becoming an OSCE participating state. If Mongolia can join, why not Afghanistan (which is part of Eurasia), or countries of North Africa and the Middle East (which are much closer to Europe)? Where, and on what basis, will the line be drawn?  This issue needs to be resolved.

Mongolia has been an OSCE Asian Partner for Cooperation since 2004. In October 2011, the minister for foreign affairs and trade of Mongolia, Gombojav Zandanshatar, formally expressed his country’s interest to become an OSCE participating state and to accept all commitments and responsibilities contained in OSCE documents. It was too early to welcome Mongolia into the OSCE family at the Vilnius ministerial meeting in December 2011, but at that meeting there was at least a clear signal that Ulaanbaatar’s request enjoyed strong support.

However, some states (like Russia) pointed out that Mongolia was not part of the original geographic zone covered by the Conference of Security and Cooperation in Europe (CSCE) that began with the Helsinki Final Act in 1975. This zone, which covers all of Europe up to the Urals plus the five Central Asian countries that were Soviet republics, is the basis on which the OSCE is considered a regional arrangement of the United Nations under Chapter VIII of the UN Charter. Therefore, allowing Mongolia in would open up the possibility for other states to join the OSCE.

This raises a question that the OSCE has never had a clear answer for: where does the OSCE area start, and where does it end? If it is a European security organization, why are Canada and the US part of it? Is it a community of values? And if so, do all participating states really share the same values? Is it a Euro-Atlantic and Eurasian organization, and if so, where exactly is Eurasia? And what about the Mediterranean? These are all theoretical questions.

But a very real and specific problem arose in relation to the fact that Mongolia is outside the zone of application of the OSCE Vienna document on confidence and security-building measures (CSBMs). To get around the problem, it was decided – along the model used for Canada and the United States – that the Vienna document commitments that apply only to the zone of application will apply to any Mongolian forces in the zone but not to the territory of Mongolia. In other words, Mongolian officers could take part in the inspection of an air base in Germany or France, but there can be no inspections or evaluations of Mongolian military exercises or military facilities. Some states (such as Spain) complained that this gives Mongolia benefits without responsibilities, since there is no reciprocity. However, most states felt that this was a storm in a teacup, and should not prevent Mongolia from joining the OSCE.

How does Mongolia benefit from joining the OSCE? It becomes part of a big club (that China is not part of) that is dealing with issues that are relevant to Mongolia’s foreign policy priorities. It also brings Mongolia out of its relative isolation and demonstrates its willingness to engage more actively in multi-lateral fora. As part of its “third neighbor” policy, Mongolia is trying to develop relations with partners beyond Russian and China. For example, it is developing economic partnership with Japan and the Republic of Korea, it is finalizing a Partnership and Cooperation Agreement with the European Union, and earlier this year, NATO formally approved an Individual Partnership and Cooperation Programme with Mongolia. By joining the OSCE, Mongolia will be able to profit from the organization’s experience and expertise in, for example, border management, democratization, energy, and environmental issues, and dealing with transnational threats. Being a full and equal member of the OSCE community can strengthen Mongolia’s relations with a number of key states, and focus more attention on Eurasian issues.

For its part, the OSCE demonstrates that it still has a power of attraction within the constellation of European security organizations. Mongolia’s accession to the OSCE can also contribute to the vision of “a free, democratic, common and indivisible Euro-Atlantic and Eurasian security community stretching from Vancouver to Vladivostok, rooted in agreed principles, shared commitments and common goals” as agreed at the OSCE Astana Summit in December 2010. It also brings the OSCE closer to China. It doesn’t hurt to have one of the world’s fastest-growing economies in the fold: the economy of mineral-rich Mongolia is expected to grow by 14% per year between 2012 and 2016. Furthermore, OSCE participating states (for example, in Central Asia) can benefit from Mongolia’s expertise, for example, in policing and democratic reform, while Mongolia’s experience in peace operations can be useful for OSCE field missions. Mongolia’s embrace of democracy and its commitment to economic reform and development could be an inspiration to other OSCE states.

Mongolia currently holds the chairmanship of the Community of Democracies. As the OSCE is looking for future chairmanships (after Ukraine in 2013, Switzerland in 2014, and Serbia in 2015), perhaps Mongolia should consider a bid in the next five years.

The decision to make Mongolia the 57th participating state gives the OSCE a badly needed boost just days before the ministerial council meeting in Dublin on December 6-7. Acrimony and apathy are making it difficult to reach consensus on any meaningful decisions. The result could be an Irish stew with little meat. At least by welcoming Mongolia into the fold, there will be something for the ministers to celebrate.

Walter Kemp is Director for Europe and Central Asia at the International Peace Institute based in Vienna.