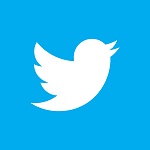 The UN community was a “Twitter wasteland” in early 2010, according to Colum Lynch, but use of the social media platform has been growing steadily, and now includes diplomats, journalists, UN agencies, member-states, and think tanks.

UN reporters are sharing news through Twitter about closed-door Security Council meetings before they’re over. An incident involving Special Envoy Lakhdar Brahimi’s leaked plan of a ceasefire in Syria during Eid el-Adha, as well as Ambassador Vitaly Churkin of Russia’s angry response to that leak, brought attention to the trend.

While much praise of Twitter is directed towards its use by “citizen journalists” on the ground during significant global events such as the Arab Spring, less attention is focused on the use of Twitter by those already in power. Governments and international agencies now take Twitter more seriously. The Muslim Brotherhood in Egypt, which traditionally organizes “on the street” through mosques, is now organizing online through social media. Their new approach took hold after President Mohamed Morsi’s election drew international attention, largely through Twitter.

Also, a high-profile altercation between the US Embassy in Cairo and the Muslim Brotherhood over Twitter about protests outside the embassy recently flooded media headlines and drew as much attention as traditional diplomatic rows.

In the UN, actors are using Twitter in innovative ways, to change the perception around hierarchies and to engage in public dialogue.

“There is a huge potential to open the UN and to make it more transparent through Twitter,” said Silke von Brockhausen, Social Media Officer at the United Nations Development Programme (@UNDP). UN tweeters include the head of UNDP herself, Helen Clark (@HelenClarkUNDP), who participates in regular Twitter chats.

“There are also challenges that come with Twitter,” Ms. von Brockhausen said, adding that some countries such as China block Twitter while others suffer from low bandwidth that makes it hard to access. “It’s also connected to literacy,” she added.

In November of 2009, Twitter changed its prompt from “What are you doing?” to “What’s happening?” and its popular use has since shifted from that of a vanity tool to that of a news aggregator. Twitter now connects observers on the ground with journalists and analysts in their office through a single platform, and often through a single hashtag.

“Many UN agencies have only recently started to use social networking, and we’re sharing a lot of advice and perspectives among each other. We also have a UN wide Social Media Community of Practice,” she said. The Social Media Community of Practice brings in outside Twitter experts for lectures and training sessions. “I think the trend is there to take social media a lot more seriously,” she added.