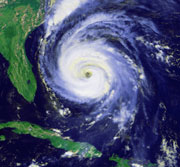 The devastation wrought by Hurricane Sandy reminds us once again of the destructive potential of extreme weather—even in a developed country such as the United States, and even with ample warning and swift emergency response. From Kingston, Jamaica to Jamaica, Queens, this “perfect storm” exacted a deadly toll that New York’s mayor reckoned was even higher as a result of climate change.

Significant finance already exists for climate change adaptation and mitigation. Applied to smart strategies, we could, as a global community, make the transition to green and inclusive economies that tackle inequality, advance development, and stop the ongoing assault on our ecosystem.

This begs the question: Why isn’t the world doing more to head off the heavy and multidimensional costs of climate change?

Short political cycles discourage long-term thinking, particularly where up-front costs may be high. This is especially true in times of fiscal constraint and sluggish growth. That’s one reason.

Little appreciation exists, further, of how climate change undermines gains in the developing world, hitting hardest precisely those people who have contributed least to the environmental damage that now threatens their lives, their livelihoods and their countries’ prospects.

At the global level, policy responses lag well behind where science tells us they should be.

For the world to stay under the two degree Celsius increase in temperature now viewed as a threshold beyond which catastrophic and irreversible climate change will occur, we must all act decisively to stabilize and then radically reduce our carbon emissions.

We must find agreement on who needs to do what and when, as well as on mechanisms needed to transition to a green and inclusive economy. All countries must adopt clean technologies, boost energy efficiency, and switch to more sustainable sources of energy and modes of production and consumption.

The payoff from doing this could be significant.

Tackling climate change can help accelerate economic and energy transformations, drive revolutions in technology, and spur new production models. It can mobilize the creation of new goods, services, jobs, and exports. It can open up new opportunities for developing and developed countries alike.

This requires engaged citizens and bold, far-sighted leaders, willing and able to take on entrenched interests and leave failed models behind. The issues and politics are challenging.

Just as fixing health problems requires not just better hospitals, but also adequate education, nutrition, and a clean and peaceful environment, tackling climate change requires us to focus on how we develop our economies and societies. A greater understanding of the links among these challenges must be brought into our national and global discourse.

Climate change cannot be dismissed as of concern only to scientists and environmentalists. It must be brought into debates on how to stimulate economic growth, address deficits, generate decent work, achieve energy security, and lay the ground for a more stable and peaceful world.

The next round of climate negotiations in Doha, at the end of this month, must focus on implementation of agreements already reached and action to resolve outstanding issues. Current efforts are not delivering at the speed or scale required. “Too little, too late” is not the legacy we should leave to future generations.

Recent estimates suggest our carbon-intensive economies cost the world around $1.2 trillion yearly, or 1.6 percent of total global GDP. They warn that with the current level of greenhouse gas emissions and carbon pollution, those costs could double by 2030. The costs of inaction must be made as visible as the costs of urgent action to reverse this course. The cost curve has already risen steeply.

At Doha, UN member states must build on what has already been agreed to create a sufficiently ambitious, fair, and legally binding climate change response.

Even before Hurricane Sandy, Americans recognized climate change as a factor in their own changing weather patterns—74 percent, according to a Yale University survey in September, up five percentage points since March. Asked about six recent extreme US weather events, including record high summer temperatures and the Midwest drought, majorities said global warming had made them worse. One in five cited harm to their health, property or finances from an extreme heat wave in the past year.

All countries, including the United States, can act to head off the worst impacts of climate change, while generating new industries, jobs and more sustainable ways of living. The need is urgent. There is no time to waste.

Helen Clark is the Administrator of the United Nations Development Programme and former Prime Minister of New Zealand. This op-ed first appeared on AlertNet and is based on a lecture Ms. Clark gave at Stanford University on Nov. 8.