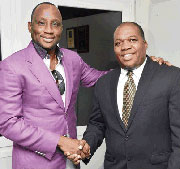 The Haitian National Police (HNP) may be the best functioning state institution in Haiti and can therefore arguably be considered one of the few post-2004 crisis success stories. With support from the UN Stabilization Mission in Haiti (MINUSTAH), it grew from 3,500 in 2005 to just over 8,000 elements by 2010, and in spite of having been strongly affected by the January 2010 earthquake (the HNP headquarters was destroyed), it reached a strength of 10,000 in 2012. The HNP is now both visible and active, day and night, including in former gang strongholds of the capital’s slums, and its reputation has also improved with its capacities and professionalism.

Most importantly, the HNP remains the only national security force of Haiti (the army having not yet been formally reinstated–see below). And while it continues to rely heavily on the presence of MINUSTAH’s 12,000 international troops and police, its performance is likely to be a key determinant for the gradual handover and planned downsizing of MINUSTAH between now and the end of 2016. In this context, two major developments this past month merit our attention.

First, the mandate of longtime HNP director Mario Andresol (pictured above, left) ended on August 18 after serving two consecutive mandates since 2005. A new HNP director Godson Aurélus (pictured above, right) was appointed by the president and confirmed by the Senate. Second, a new HNP development plan 2012-2016 was adopted by the Supreme Council of National Police (CSPN), which key objective is to bring the HNP from 10,000 up to at least 15,000 officers by 2016.

The smooth transition of a new Haitian police director (when the former director’s mandate ended) is an encouraging sign of stability for Haiti, particularly when the country has known four prime ministers (and as many ministers of justice and public security) since President Martelly took office in May 2011. Although appointed by the president and relatively little-known, the new HNP director Godson Aurélus is a long timer who came up through the ranks. Originally from Gonaives, he joined the police in 1997 and was the head of the Directorate of Judicial Police (DCPJ) since June 2011, a position his predecessor Mario Andresol had himself held under President Preval’s first term in office (1996-2001). This, however, does not mean he will necessarily be immune to political pressures.

Some observers have already expressed concerns over the future direction of the HNP, and this transition has to be analyzed within the broader political and security context in Haiti. Since late 2011, tensions had built up between the presidency and both the Parliament and police leadership, particularly after the widely publicized incident in which the president ordered the detention of elected Deputy Belizaire in spite of his immunity. Reportedly, President Martelly even attempted to push Andresol out before the end of his term and appoint loyalists in senior police positions. In April, the HNP went on strike over the murder of one of their own. This, while crime statistics show a significant increase in homicides; July 2012 was the most violent month since the January 2010 earthquake when 5,000 prisoners escaped from the national penitentiary.

Known to have benefited from the trust and support of the US, Andresol had often denounced corruption within his own force–notably rogue police officers being involved in kidnappings–and has been credited with partly cleaning up the force (although not a single officer has been dismissed as a result of the joint HNP/MINUSTAH vetting exercise that started in 2006) and resisting political pressures. In February 2012, he gave an interview to the Haitian newspaper Le Nouvelliste in which he denied rumors of his resignation and reaffirmed his confidence in the HNP. In the same interview, however, he attributed the recent rise in insecurity to the uncertain political climate in Haiti, and openly denounced the return of drug traffickers near the circles of power.

Similarly, the Haitian National Network to Defend Human Rights (RNDDH) in an open letter to the new head of the HNP published on September 12 also raised concerns over recent heavy-handed HNP operations and alerted to the risk of a politicization of the HNP, and called for the reinforcement of the police inspectorate general (internal oversight). The letter also reiterated concerns expressed in an earlier June RNDDH open letter to President Martelly denouncing the presence of “several ex-policemen of dubious morality” dismissed from the HNP in his entourage, including among presidential security, which normally falls under the purview of the HNP.

This tense political context had also led some observers to fear President Martelly’s plan to reinstate the army may have been politically motivated, to create his own power base in an army loyal to him that could act as a counter power to the HNP. Recent developments have, however, been reassuring. In June 2012, Haitian authorities brought to an end the illegal activities of so-called ex-Haitian army (FAd’H) who had illegally occupied various sites around the country. And while President Martelly recently appointed a Haitian minister of defense, he has been proceeding slowly and cautiously, and will likely start with the training of a Haitian military engineering corps with support from Brazil and Ecuador.

While the HNP may be the best functioning state institution in Haiti, it is still relatively small and is not yet in a position to assume full responsibility for the provision of internal security over the whole Haitian territory. (As a basis of comparison–although not necessarily a model–neighboring Dominican Republic‘s national police force is 32,000 strong supported by an army of 65,000, for a population roughly the same size). But numbers are not everything, and the HNP may still be lacking the strong middle and senior managers needed to resist inevitable attempts of manipulation and politicization of the institution. It may be time to revisit the lessons from the first UN-supported attempt to build a professional Haitian police, following the 1994 intervention.  Despite promising early efforts to recruit, vet, and train a police force, these did not take hold, and the police became politicized and corrupt by the time the UN mission withdrew in 2000.

Arthur Boutellis is a Research Fellow at the International Peace Institute

About the photo: The new director of the Haitian National Police (HNP), Godson Aurélus (right), and the outgoing director, Mario Andresol (left), at the transition ceremony on August 20, 2012.