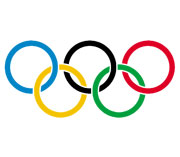 In ancient Greece, an Olympic truce (ekecheiria) was declared to enable athletes and spectators to participate peacefully in the Games. Hostilities were supposed to cease from seven days before until seven days after the Olympic Games. Friendly competition would replace conflict. This truce was officially revived by the International Olympic Committee (IOC) in 1992, and has been endorsed by the United Nations General Assembly resolution every two years since 1993 (before every summer and winter Games). There is even an International Olympic Truce Committee that promotes the cause. Yet, conflicts seldom cease during the Olympics. Indeed, four years ago (on August 7) as fireworks burst over the Olympic stadium in Beijing, shells exploded over Tskhinvali as Georgian forces attacked South Ossetia. Is there any hope for the Olympic truce?

Despite the fact that all 193 member states of the United Nations have supported the Olympic truce as recently as last October, it has already been broken by a number of states on the eve of the Games in London. Nevertheless, it is worth preserving this 1,200 year old tradition in order to use the Olympics as a stage to promote world peace (even for just six weeks), and as a way of highlighting the importance of sport as a confidence-building measure, both in terms of building the self-confidence of youth, and in promoting conflict resolution, reconciliation, and understanding.

Many of the ancient Olympic disciplines were related to fighting – think of boxing, wrestling, equestrian events, and javelin. In a sense, the Games were a surrogate for war.

Today, competition is more peaceful. Indeed, Pierre de Coubertin, the founder of the modern Olympic Games, was inspired by peace movements of the late nineteenth century and hoped that a revival of the games of ancient Greece could help forge bonds among the peoples of the world.

Nevertheless, the Olympics generate considerable patriotism and international competition since they pit states, and not just athletes, against each other to see who can win the most medals.

Furthermore, because the Olympics are a global sporting event, they attract a massive audience. Advertisers and the host city can capitalize. But this attention can make the Olympics as much an arena for politics as an escape from it. Hitler tried to exploit the 1936 Berlin Olympics for Nazi propaganda; and the Palestinian group Black September took hostage and eventually killed several members of the Israeli Olympic team at the Munich Games in 1972. The Games have also been boycotted several times, notably the West’s boycott of the Moscow Olympics in 1980 and the Communist bloc’s boycott of the Los Angeles Games in 1984.

Despite these events, and despite doping scandals and a growing trend towards commercialization and professionalism, the Olympics demonstrate how sports can be used to promote peace, dialogue, and reconciliation. This fact has been recognized by all 193 member states of the UN which supported the most recent General Assembly resolution (October 17, 2011) that called for global observance of the Olympic truce.

Furthermore, there are parallels between the UN and Olympic charters in relation to the promotion of peace. As former UN Secretary-General Kofi Annan said on the eve of the 2000 Olympic Games in Sydney: “Olympic ideals are also United Nations ideals: tolerance, equality, fair play and, most of all, peace. Together, the Olympics and the United Nations can be a winning team.”

Many other communities and organizations use sports as a confidence-building measure. This can be done at the intra-state level; for example as a means of empowering young people (as an alternative to gangs or drugs) or to help rehabilitate them after conflicts.

Sports can also be used to improve good-neighborly relations between states. Football has been used to break the ice between belligerents – from the legendary Christmas Truce of 1914 when German and British troops put down their guns in “no-man’s land” and started to kick a ball together, to recent attempts at “football diplomacy” between Thailand and Cambodia or Turkey and Armenia. (Of course, football can also increase tensions, like the notorious Football War between El Salvador and Honduras in 1969, or between Egypt and Algeria in 2009.) “Cricket diplomacy” has also been attempted, for example, between India and Pakistan.

In short, in addition to military, economic, and civilian confidence-building measures, sports can help to promote peace and understanding within and between communities and states. While the Olympic ideal has been to depoliticize sports, the Olympic Games provide an unparalleled platform to promote the cause of peace, from the Olympic truce to the longer-term engagement of national and international Olympic committees and civil society in activities that use sports to promote peace and to help prevent and resolve conflicts.

The Olympics drive athletes to go faster, higher, and stronger, but they also encourage peace, friendship, and respect.  No doubt, the Olympic truce will be broken again before the Games are over. But at least for a few weeks, the flame of hope will burn brightly, reminding us of the best qualities of mankind, and how sports can help to build a peaceful and better world.

Walter Kemp is Director for Europe and Central Asia at the International Peace Institute based in Vienna.