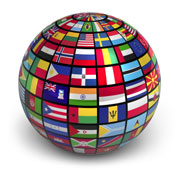 A burgeoning literature seeks to understand and make recommendations for the emerging global order. It’s an uneven genre and sometimes descends into prophecy, but it’s often brilliant and undeniably influential. What does it have to say about the United Nations and its many parts?

Almost nothing. Hundreds of pages turn without any mention of the UN, and most tend to be pro forma references to Security Council reform. Let’s cast an eye over some of the most notable publications of the last year or so on the emerging global political order. Nobody in Turtle Bay would look to the school of Robert Kagan for support. In The World America Made, Kagan’s realism and his nationalism are at odds: he wants to dismiss international institutions as inconsequential but also boast about America inventing them. What is troubling is the absence of interest in the UN from those in whose worldview it would find a natural home.

John Ikenberry, a Princeton professor of international affairs, is the leading advocate of a grand strategy to bind emerging powers into a liberal order. As you would expect, reforming the UN is one of the recommendations listed at the end of his Liberal Leviathan. And yet his book contains no engagement with the UN beyond a few brief and mostly superficial mentions. David Marquand, an Oxford historian, has a rich sense of what should be the best legacy of Western hegemony, and a preoccupation with European integration – a project with a profound affinity with the UN–yet the UN is absent. From a more literary perspective, Amin Maalouf is the most explicitly compassionate writer on the new world order and the most concerned with reconciling cultures and civilizations. But you’d look in vain for the UN in his book, Disordered World.

Ian Bremmer of the Eurasia Group maps four scenarios for the world: cooperation or conflict between the US and China; a world of regions; or a concert of nations working through some variant of the G20. According to Bremmer, the most collaborative international system we can hope for is therefore one that predates the League of Nations by over a century. When Charles Kupchan, who passes for an unconventional thinker in Washington, came to the International Peace Institute to promote his book No One’s World, the UN building loomed behind him but he had little or nothing to say about it. When commentators do raise the post-1945 order, it’s often first in terms of the Bretton Woods institutions, despite the fact they were intended as subordinate parts of the UN system. “The United Nations” Parag Khanna tells us in his modestly titled How to Run the World “is barely spoken of anymore” and one almost feels grateful to him for airing the fact.

If the UN deserves a place in the debate about the emerging world order it’s no use blaming these authors, many of who are deeply impressive. The UN’s absence signals that those of us involved with it have not been able to keep up a conversation with the candor, clarity, vitality and vision that would engage outsiders.

Someone who has promoted exactly such a conversation is Sir Brian Urquhart. He once told me he thought he should have formed a center for scholars and writers to come and work on the UN. It is notable that all the think tanks and university centers related to the UN are named after shared themes and not the thing itself. There is a ‘UN University’ in Japan, but you wouldn’t know it. And a profound contribution to the traditional lacuna in scholarship on the UN is the tradition by which it rarely declassifies or prioritizes its archives.

Between day-to-day fire fighting, there are ways for senior figures in the UN to influence the debate on the new world order. For example, Dag Hammarskjold’s vision of the international service is germane to any new configuration of global power, but how many people know what it is? Mark Malloch Brown describes his considerable efforts to promote the UN in his lucid memoir-polemic The Unfinished Global Revolution.

A number of places in the UN system could contribute to strategic thinking on the future of global governance, and Tom Weiss has described the steps by which the UN could begin to fulfill its intellectual potential. Eventually, the UN system would benefit immeasurably from its own version of the US State Department’s Policy Planning Unit, the pre-eminent think-tank-in-a-government, which has incubated so many strategists.

I’m writing this in Brazil. Brasilia doesn’t just want a seat on the Security Council, it wants the UN to work. I found in my interviews with Antonio Patriota, a foreign minister as fluent and forward thinking on the UN as the UN could hope for, and I found a similar reflex on the part of young Brazilian diplomats. Brazil is not your typical emerging power. It is not even your typical rising democracy. But it’s proof there are new allies and opportunities awaiting the UN in the new global order. It’s time for the UN to join the debate.

Hugh Roberts writes on international affairs and has worked for UNDP in New York, Cairo and Kabul and as a visiting fellow at the LSE. He can be contacted at HughFRoberts.at.hotmail.dot.com