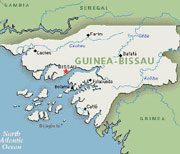 The African Charter on Democracy, Elections and Governance was put into effect on February 2012, five years after the continental treaty was adopted by African leaders in Addis Ababa, Ethiopia. But the celebration was quickly cut short by two military coups in Mali and Guinea-Bissau, just weeks before important electoral deadlines. Immediately put to test, the newest African Union’s policy on democracy and governance framework served as a way to condemn the coups as unconstitutional changes of government. Combined with mediation efforts undertaken by the Economic Community of West African States (ECOWAS), continental and international pressure forced the Malian soldiers out of power. In Guinea-Bissau, however, the situation remains unclear and continues to raise both concerns and indignation.

The adoption and promulgation of legal frameworks condemning military coups as unconstitutional changes of government constitutes a welcome development of both the African Union (AU) and ECOWAS democracy and governance architecture. However, in Guinea-Bissau, a country weakened by long-time political instability and security and governance deficits, the implementation of such legal instruments, including by the adoption of targeted sanctions against the perpetrators of military coups, may not be sufficient to change the course of the political crisis. Thus, new strategies of comprehensive, coordinated, and mutually supportive initiatives by various regional and international institutions may further accelerate the West African nation’s return to constitutional order, also paving the way to sustainable peace, democracy and socio-economic development.

Guinea-Bissau unilaterally proclaimed its independence from Portugal in September 1973, after thirteen years of war. Since then, the West African country has gone through successive waves of violence and instability which saw a dictatorship, four military coups, a civil war, and the killing of four military chiefs of staff. Guinea-Bissau is described as the country where no democratically elected president has ever completed a term in office. Following the murder of independence leader Amilcar Cabral early 1973, Joao Bernardo Vieira, the country’s longest ruling president, was assassinated in March 2009. In January 2012, late President Malam Bacai Sahna, who was voted in office in 2009, died of a long illness two years after his election. Besides its historical political instability, Guinea-Bissau is rendered more fragile by a weak economy. It is listed among the poorest countries in the world, with more than 70 percent of the population living on less than $2 a day. It is also a geographical challenge with over 80 islands in addition to the mainland, making it an easy prey for drug cartels which have transformed the dysfunctional nation into a narco-state.

In that context, the electoral process initiated after the death of former President Bacai Sahna, which saw the victory of Prime Minister Carlos Gomes Junior in the March 18 first round, was expected to confirm the country’s commitment to stability and combating drug trafficking. This process was interrupted by the military coup, hours before the campaign for the April 2009 runoff began. Together with the Prime Minister, the interim President Raimundo Pereira and several senior officials were arrested and remain in detention. The army justified its intervention by an alleged secret deal between the Prime Minister and Angola to attack Guinea-Bissau. In fact, Carlos Gomes was becoming increasingly unpopular due to his efforts to downsize a bloated and undisciplined army – thus strongly relying on a 200 contingent of Angolan troops sent it to support a $30 million security sector reform program – as well as to strengthen the police, and fight the cocaine trafficking business in which some senior officials and politicians are apparently involved.

The April 12 military coup was immediately and strongly condemned by large sections of the international community including the United Nations through its Secretary-General, Security Council, and Peacebuilding Commission (which has Guinea-Bissau on its agenda, along with Burundi, the Central African Republic, Guinea, Liberia, and Sierra Leone). The United States, the European Union, the Community of Portuguese Speaking Countries, Canada and the continental powerhouse South Africa also condemned the coup, while the World Bank and the African Development Bank suspended millions of dollars of development programs in the country, to increase pressure on the military leaders.

Referring to its newly-entered-into force Charter on Democracy, Elections and Governance, the AU has suspended Guinea-Bissau from all the activities of the Union until the effective restoration of constitutional order. The AU has further threatened the coup perpetrators and their supporters of additional sanctions within two weeks, which could include travel bans, asset freezes, and prosecutions. ECOWAS, which has also adopted a legal framework emphasizing the regional bloc’s policy of zero tolerance for any attempt to obtain or maintain power by unconstitutional means, equally condemned the military coup. At the same time, ECOWAS initiated mediation efforts it hoped had convinced the military junta to step aside and pave the way for a speedy return to civilian rule.

Defying all calls by the international community to return to constitutional order, the self-identified military command, together with most opposition parties, has devised a two-year transitional plan which confirmed the dissolution of Parliament and relieved the president and government of their duties. A National Transitional Council, to be composed of a new interim president and government approved by the junta, was presented as an attempt to return to constitutional order. However, the exclusion of the ruling African Party for the Independence of Guinea and Cape Verde (PAIGC) from the agreement, which it considered “unconstitutional and undemocratic,” is seen as another setback to Guinea-Bissau’s efforts to curtail its long history of misrule and political instability. These efforts were further questioned by the rejection, by former speaker of Parliament and presidential hopeful Manuel Serifo Nhamadjo, to take up the junta’s offer to lead the proposed transitional government.

ECOWAS has called for an extraordinary summit later this week in Abidjan, Cote d’Ivoire, to consider the recent crises in Mali and Guinea-Bissau. These regional endeavors are supported by the AU, which requested its commission chairperson to work in close cooperation with ECOWAS and all actors concerned to restore constitutional order in Guinea-Bissau. Likewise, the UN Security Council has expressed support and encouraged closer coordination of their efforts by the AU and ECOWAS, to facilitate a return to constitutional rule in the West African nation. These initiatives undertaken by regional and international organizations, including financial institutions, highlight the variety of conflict prevention tools being developed by a growing number of actors, as well as their renewed interest for coordinated approaches, thus their increased chance of success.

While such strategies for cooperation remain to be sought and implemented in a sustained and systematic manner, the resolve to prevent an escalation of the crisis in Guinea-Bissau and to put the country back on the way to peace and democratization also lies on local politicians and the national army to make the long-awaited choice of constitutional rule, peace and stability, over crippling violence, impunity, and drug trafficking.

Mireille Affa’a-Mindzie is a Research Fellow at the International Peace Institute. She tweets at @affaamm.