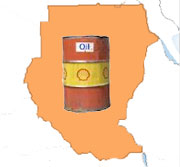 The expulsion of the president of the main oil consortium in South Sudan, Petrodar, earlier this week has highlighted the ongoing tensions between the two nations in relation to oil exports and revenues. Earlier this month, South Sudan ceased oil production over accusations that Sudan had stolen $815 million worth of oil exports. Khartoum claims that it was entitled to the revenue as payment for oil transit since July 2011. Mr. Liu Yingcai’s expulsion was based on South Sudan’s suspicion that Petrodar was complicit in helping Sudan seize the exported oil.

Oil is a source of ongoing tensions between Sudan and the newly independent South Sudan. Both countries have shared interests, but are unable to reach a compromise that would allow both nations to support their national revenues. The little progress made during recent negotiations in Addis Ababa, as well as accusations by South Sudan against the government of Sudan and vice versa, make it seem unlikely that a workable arrangement will be reached in the near future, further undermining the economic security and stability of both nations. The lack of a workable resolution could contribute to renewed conflict in the region, especially in contested areas such as Abyei, where instability and violence outbreaks continue to affect the security of civilians in the area.

This tense relationship between Sudan and South Sudan over oil is based, in part, on the geographic and logistical difficulties that have resulted from South Sudan’s independence in July 2011. Most of the oil reserves are located in South Sudan; however, Sudan contains the oil pipelines and processing facilities necessary to export South Sudan’s oil. Instead of uniting the nations through this economic interdependence, an agreement on the distribution of oil revenues is proving to be one of the most difficult issues to resolve between the nations. Last month, South Sudan stopped its oil production, accusing Sudan of stealing oil and announcing that it would seek alternative construction of pipelines through Kenya and Djibouti. Sudan responded to these accusations by arguing that it was entitled to compensation on the basis that it had not received any transit payments for oil since July 2011.

While environmental factors are rarely the sole cause of conflict, resources can be a key driver of conflict, and are proving to be a continuing source of tension between Sudan and South Sudan. Areas rich in oil are the most prone to instability, particularly the disputed Abyei region where the stakes are highest. In 2005, when the Comprehensive Peace Agreement was signed, Abyei was producing approximately one quarter of Sudan’s oil, which does not include potential new oil reserves in the area. In July 2011, the Secretary-General reported that “the dispute over the future status of the Abyei area presented one of the greatest obstacles to implementation of the Agreement and stability in the region.”

An additional consideration is that oil is located in the heavily militarized and contested border regions between the two nations, underscoring the potential for violent conflict if negotiations continue to flounder and tensions between the two nations increase. Furthermore, negotiations are also complicated by a range of other post-succession factors, such as border demarcation and the status of the Abyei region. Matters may come to a head if and when the Abyei referendum is held, or the increased tensions, combined with economic fragility, prompt an outbreak of violence.

Recent African Union-led negotiations held in early February in Addis Ababa between Sudan and South Sudan have resulted in very little progress over the oil dispute, prolonging the potential for a renewed outbreak of war between the two states. Both nations face uniquely difficult obstacles to reaching a workable arrangement. They are both almost entirely dependent on oil revenue as a source of domestic revenue, with no other significant sources of funds. As such, the lack of agreement between the two nations is also undermining the already fragile economies of the two nations. In particular, the government of South Sudan depends on oil revenue more than any country in the world, with approximately 98% of its government budget coming from oil – as such, the recent ceasing of oil production will no doubt affect the government’s spending.

The gap between the negotiating positions of the two nations is vast. Sudan is demanding $36 per barrel for processing the oil and providing other services, whereas South Sudan’s position is to only pay transit fees, placing the cost per barrel at approximately $3. While recognizing that a workable agreement needs to be reached, neither party seems willing to make sizable concessions. Confirming this uncertainty, South Sudan’s foreign minister, Nhail Deng Nhial, recently told Agence France-Presse that “the gulf is still huge. I don’t know if it can be bridged.”