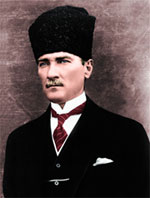 The Arab Spring is at a delicate stage. Its trajectory is unknown, and the flowery season, some people fear, could yield a forbidding autumn. It is too soon to pass conclusive judgment, but, as events keep unfolding, it is clear that the consecutive demise of dictatorial regimes constitutes unprecedented change in the Middle East. Progress and the human and economic costs have been uneven. Patrimonial regimes in places like Libya, Syria and Yemen, where the military has deep loyalties to the ruling elite, have experienced slower progress, higher economic costs, and more violence than non-patrimonial regimes with more independent militaries such as Egypt and Tunisia.

As these countries continue to transform, the challenge will be to sustain and consolidate the gains from the transition and establish good, transparent, democratic governance. This will be a serious test for the new elites. Without domestic democratic traditions, emerging Arab regimes must innovate and study the experience of others in order to succeed.

It is always the case that historic turning points have benefited from antecedent events that were equally momentous. The Arab Spring has been compared to the 1848 European revolutions and the 1989 eastern European uprisings. But cultural, political, and religious differences render it hard to apply lessons from these experiences to the Middle East.

The indignity meted to Mohamed Bouazizi at the hands of the police in Tunisia was but the catalyst that ignited the Arab uprising and brought to the open people’s grievances against Arab regimes. Leadership of the protest movements were quick to realize that it is easier to bring about the demise of antediluvian regimes than to figure out ways to meet the demands of the populace; thus, many models were discussed from “Islam is the solution” to examining the experiences of others who had been through similar circumstances. For the Arabs to transcend their current state of affairs, the model that could be looked at, mutatis mutandis, is that of Turkey, notwithstanding the historic particularities.

Turkey has an almost 200-year-old tradition of reform, renewal, and transformation aimed at making Turkey more competitive involving a separation of religion and the state. Beginning in 1839 when the Sultanate introduced the Tanzimat–a series of edicts to restructure the Ottoman state along European lines – measures have been taken in Turkey to put state authority above religious authority. One of the most enduring effects of these policies is the secular Turkish education system. Turkey was also influenced by returning “Young Turks” who were sent to France in 19th century to study the secrets behind European scientific supremacy. Influenced by French Positivism and Jacobin secularism which “seeks to remove all manifestations of religion from the public sphere and put religion under strict control of the state,”* the Young Turks–and later Kemal Ataturk–became advocates of strict secularism.

The collapse of the Ottoman Empire in the beginning of the 20th century gave great impetus to Turkish nationalism. Kemal Ataturk—a unifying figure and national hero who had stopped the advance of British and Anzac troops in the Gallipolis front and who succeeded in securing and consolidating Turkey’s territorial claims by refusing to accept the humiliating terms of the 1919 Sevres Treaty at the end of World War I—wanted Turkey to rise to the level of “civilized” nations and create a secular society. He believed that Islam was a hindrance to his goal and went on a campaign against the faith, forbidding Islamic dress and curtailing the influence of religion. The Arabic alphabets were replaced by Roman script, and religious education was neglected. The objective was to get rid of the Ottoman legacy, to be modern and secular, which was tantamount, in Ataturk’s mind, to being European.

Despite some internal resistance, the extraordinary achievements of Kemal Ataturk, along with the effects of the many reform projects of the end of the 19th century and the defeat of the Ottoman Empire, were convincing reasons to search for a modern path to propel Turkey to the advanced level of Europe.

The sweeping nature of the Turkish reforms after the demise of the Ottoman Empire would be difficult to replicate in the Arab world. Turkey’s reforms were shaped by circumstances unique to that country; therefore, aside from providing an example of the benefits of such reforms, their sweeping secularist nature and blatant enmity to Islam render the relevance of the Turkish experience to countries emerging from the Arab Spring to be minimal.

The educational sector, however, is one of the areas where the Arab world can learn a lot from Turkey’s modernization efforts in the 19th and 20th century. Excessively religious education as a result of alliances between regimes and religiously-oriented political movements aimed at diminishing the influence of leftist parties has led to fundamentalist language entering curricula across the Arab world. This policy was disastrous, to say the least, and it is the reason behind the failure of the Arab school system to provide modern education commensurate with the demands of market economies.

Despite the particularities of the historic legacy of the state of Turkey, admiration for the current Turkish experience is widespread, indicating a desire to utilize its lessons. Particularly pertinent, especially for the many Islamist parties across the Arab world, is the recent experience of the Justice and Development Party (AKP) in Turkey. Despite its Islamist roots, the AKP has preserved the secular nature of the Turkish state, thereby neutralizing the army, Turkey’s traditional guardian of the Kemalist tradition. It has upheld the goal of joining the European Union, while also emphasizing the importance of Turkey’s Islamic legacy and its cultural affinity with its neighbors. Unlike some had feared, the AKP has embraced tourism, bringing numbers of tourists and revenues to an all time high – revenues from tourism were $8.5 billion in 2002 and are $23 billion today. The AKP has also continued the emphasis on modern education, which has contributed to Turkey’s continued high growth and, by extension, the AKP’s electoral successes.

In Tunisia, where the Ennhda Islamic Movement has secured over 40 percent of the vote, and in Egypt where the Islamists are poised to win a plurality of the parliamentary votes, accepting a civil (read secular) state will surely be in their interest. Rather than look backward, it is important for the winners of the elections in the Arab world to build bridges to other religions and civilizations and to engage in trade with the rest of the world in order to bring prosperity and economic development.

The Arab uprisings, inasmuch as they were a revolution to reclaim dignity and freedom, were equally a revolution of expectations. Equilibrium between spiritual fulfillment and material advancement, therefore, must be struck, lest people’s anger be aroused anew, no matter the ruling elite. To the extent that the economic situation in the transition countries has worsened as a result of the turmoil, nostalgia for the old order will resurface.

It is incumbent on the new elites to cooperatively work with all parties, irrespective of their political persuasions, to alleviate the suffering of the people; theological pontification will not suffice. Islamist movements in the Arab world will serve themselves and society at large by reconstructing “the meaning of religious texts through hermeneutical approaches rather than using established religious dogmas in explaining political behavior in public sphere,”** as some might contemplate. That is to say, Islamic truth could be relevant to all ages, provided it is interpreted to provide guidance commensurate with contemporary realities.

In conclusion, it seems evident that political parties of all persuasions are in need of a serious debate about the nature and varieties of secularism, which has unfortunately been equated with atheism. There are apprehensions that some will not hesitate to use the democratic process to establish an ecclesiastical state. On the other hand, a number of liberal parties are contemplating a flawed strategy: alliance with the military. That is, indeed, a slippery slope policy.

Abdullah Alsaidi, IPI Senior Adviser, is the former Permanent Representative of Yemen to the United Nations.

In the above photo: Mustafa Kemal Ataturk